It’ll be an all-Ontario Hockey League matchup on Sunday in the Memorial Cup final when the Windsor Spitfires play the Erie Otters.

The host Spitfires (3-0) haven’t played since locking up a berth in the final with a 4-2 round-robin win over Erie on Wednesday. The OHL champion Otters (3-1) knocked off the Quebec Major Junior Hockey League champion Saint John Sea Dogs 6-3 in Friday’s semifinal for their spot.

This is the first time that two OHL teams will compete in the Memorial Cup final since 1993 when the Sault Ste. Marie Greyhounds beat the Peterborough Petes.

This will also be the third year in a row that the Canadian Hockey League championship will go to an OHL club after the Oshawa Generals in 2015 and the London Knights last year.

Here are five things to know about the championship game.

Eight of the last nine Memorial Cup champions have won their league titles, with 2012 host Shawinigan being the last club to lift the trophy after bowing out in their league playoffs. The Spitfires are trying to buck that trend after being eliminated in the first round of the OHL playoffs by London.

Windsor went 44 days between games while waiting for the tournament to begin.

“We’re here to play,” said Spitfires forward Logan Brown. “People may not have confidence in us with us losing in the first round but we want to prove it, we want to win it.”

Anthony Cirelli has been making a name for himself in junior by scoring big goals.

He potted the overtime winner in the 2015 Memorial Cup final to lift Oshawa over Kelowna. Acquired by Erie in a mid-season trade, Cirelli also scored in extra time in this year’s OHL championship, pushing the Otters over Mississauga into the national tournament.

He has eight points in his last four games.

“With Anthony, his experience winning a championship creates a lot of comments on the team,” said Otters coach Kris Knoblauch.

Windsor has allowed just five goals against in the tournament.

Goalie Michael DiPietro has been huge for the Spitfires, but he also has four NHL prospects on the blue line in front of him making it difficult for the opposition, including Logan Stanley (Winnipeg), Mikhail Sergachev (Montreal), Sean Day (New York Rangers) and Jalen Chatfield (Vancouver).

They were able to hold off Erie’s explosive offence in the last matchup.

“With those guys out there there’s a lot of confidence,” said DiPietro. “The big four is a big relief for me but it’s the full six [defencemen], full 20 [players] in front.”

Both clubs mastered special teams in the OHL regular season and they could be a factor in the final.

Erie is 9 for 20 with the man advantage at the tournament, scoring five power-play goals alone in a round-robin matchup with the Sea Dogs.

“[Erie’s] got a real good power play, move the puck well and can score,” said Flynn. “Good puck movement, can create looks even on the rush.”

The Otters could have gone directly to the championship if they had beaten Windsor in the last round-robin game, but they fell behind early and couldn’t catch up. Erie was forced to go through Saint John in the semifinal.

DiPietro was the difference maker in that game, and Erie captain Dylan Strome knows that.

“We outshot them 30-10 in the second and third period,” Strome said. “If we didn’t have such a lapse in the first I think we would have been successful, but that game means nothing now.” 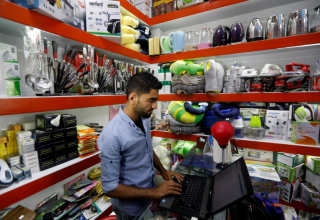 DAVOS, Switzerland (Reuters) – Impatient with a lack of World Trade Organization rules on …