Rescue workers in Thailand on Monday brought four boys safely out of a labyrinthine flooded cave complex where a 12-member soccer squad and their coach have been trapped for more than two weeks, taking the total number rescued to eight.

The mission to save all those trapped could take three or four days, officials have said, a race against the clock with heavy rain expected this week that would again flood the tunnels with fast-flowing, rising water.

“The eighth person is out and the operation is done for today,” Sitthichai Klangpattana, flag officer to Thailand’s navy SEAL commander, told The Associated Press. “Four boys were brought out today.”

He didn’t comment on the health of the boys or how well the operation had gone.

The dramatic and dangerous rescue was launched on Sunday and four boys were brought out that day. They were in good condition in hospital, officials said.

“The rescue has been immense,” said volunteer helper Somjit Saenset, 56. “I’m so happy the children came out safely. I want to send my moral support for all involved” in the rest of the mission.

The Wild Boars soccer team and their coach, 25, got trapped on June 23 when they set out to explore the vast cave complex after soccer practice, but a rain season downpour flooded the tunnels.

British divers found the 13, huddled on a muddy bank in a partly flooded chamber several kilometres inside the complex, last Monday.

Efforts to rescue the boys — aged 11 to 16 — got going again on Monday after a break to replenish oxygen supplies and make other preparations deep inside the cave complex.

The death Friday of a former Thai navy SEAL underscored the risks. The diver, the first fatality of the rescue effort, was working in a volunteer capacity and died on a mission to place air canisters along the passage to where the boys are, necessary for divers to safely travel the five- to six-hour route.

Thirteen foreign divers and five members of Thailand’s elite navy SEAL unit are the main team guiding the boys to safety through narrow, submerged passageways that claimed the life of a former Thai navy diver on Friday.

Narongsak said more personnel were being used in the rescue on Monday. 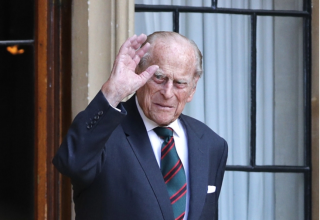