Representatives of industry associations met in Vancouver on Thursday morning to announce plans for a campaign supporting the completion of the Trans Mountain pipeline expansion project.

The assembled business leaders said they believe that Canada’s reputation as a safe place to invest is at risk if Kinder Morgan’s plans for the pipeline aren’t allowed to proceed.

“We’re at a point of crisis of confidence in Canada, a crisis that needs leadership and immediate attention to resolve,” Greg D’Avignon, president and CEO of the Business Council of British Columbia, told reporters.

The group have written a letter to Prime Minister Justin Trudeau, B.C. Premier John Horgan and Alberta Premier Rachel Notley, urging them to take action to make sure the pipeline expansion is completed.

Trudeau has interrupted a nine-day foreign trip to return to Ottawa to meet with the two premiers in an attempt to end the deadlock. 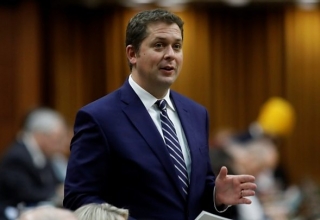