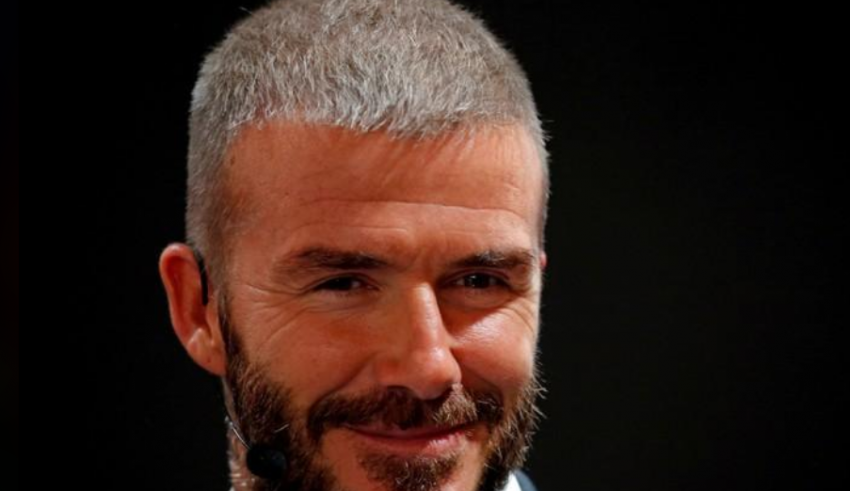 MANCHESTER, England (Reuters) – Former England midfielder David Beckham will take a 10 percent share in non-league club Salford City, joining up with his former ‘Class of ‘92’ Manchester United teammates in the project, the club said on Wednesday.

Beckham will join Gary and Phil Neville, Ryan Giggs, Nicky Butt and Paul Scholes alongside businessman Peter Lim who will remain the largest shareholder with the remaining 40 percent.

Salford is currently third in the National League, the fifth-tier division, having been taken over by the former United players in 2014. Gary Neville said the club’s aim was to emulate the model of Bournemouth, who rose from the fourth tier to the Premier League on the back of a modest following.

The 43-year-old Beckham was the only member of the famous group of young players, who enjoyed so much success under Alex Ferguson, not to have invested in the team.

“It’s a really special club and a special group of people. My early years in Manchester were all spent in Salford. I grew up there in many ways so to be able to finally join the lads and the club today is a great feeling,” Beckham said in a club statement.

Beckham must undergo the Football Association’s “fit and proper ownership” test after the club submitted documentation on his involvement to the governing body.

“When the lads got involved in Salford we spoke about us all getting involved. Now I’m able to get involved now Miami is set up,” he said.

“What I’ve seen them do with the club and the stadium, it’s special. We all have ambitions and goals and we’ve got to have big ones.”

Former United captain Gary Neville, now a television pundit, heads the group of players and told a news conference that none of them take a “hands-on” role in the club.

Gary Neville told a news conference, which Beckham did not attend, that the club aims to get into the Football League.

“The next step is getting into the Football League and we know how difficult that is. It would be a dream to be a Premier League club.

“You look at Bournemouth with 10,000 fans in the Premier League. You look at how they operate, with the manager (Eddie Howe) there a long time. We look at them as an example. But it would be a mistake to look beyond Halifax on Saturday,” he said, referring to the upcoming National League game.

“We’ve grown our fanbase above and beyond where we expected to be. We’re risk takers. We’re bold. Peter (Lim) gives us that ability to be bold. There is no end game. We want to take this as far as possible.

“We could put our money into many different things but we’ve chosen to put it into a football club in the north-west of England,” he added.