Conservative MP Maxime Bernier is rejecting an olive branch from Liberal counterpart Celina Caesar-Chavannes after the pair exchanged barbs on Twitter over issues of race and identity politics.

Bernier, Caesar-Chavannes and Liberal Immigration Minister Ahmed Hussen were going at each other over funding in the budget that Hussen described as historic for racialized Canadians.

The budget included money for a national anti-racism plan, mental health supports for at-risk Black youth and funding to collect better data on race, gender and inclusion in Canada.

Bernier says targeting specific Canadians by race is divisive and contrary to the idea of being “colour-blind,” prompting Hussen and Caesar-Chavannes — both visible minorities — to accuse him of ignoring the fact that minorities are treated differently.

In a tweet today, Caesar-Chavannes apologized to Bernier for telling him to “check your privilege and be quiet,” suggesting they meet in person so they can try to resolve their differences on an important issue.

Bernier replied by saying he isn’t interested in a meeting because the two share no common ground, and says Conservatives should support treating everyone individually without any labels at all. 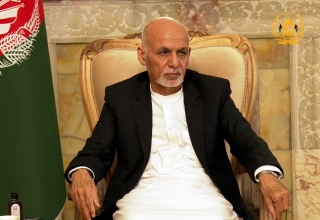