Canadian Prime Minister Justin Trudeau will appoint a woman as head of the Royal Canadian Mounted Police, a source familiar with the matter said on Friday, the first permanent female head of a force that has been dogged by accusations of discrimination and sexual assault.

Brenda Lucki will be named commissioner of the Mounties, said the source, who spoke on condition of anonymity. The appointment is expected to be announced later on Friday.

“She’s got a really diverse background, expertise with indigenous people, experience with gender equality issues … based on her (curiculum vitae) and her experience, it is a really good fit,” the source said.

The previous commissioner, Bob Paulson, retired last June after more than five years in the job. During his tenure, Paulson gave a tearful apology as the RCMP reached a settlement agreement over harassment, discrimination and sexual abuse claims. 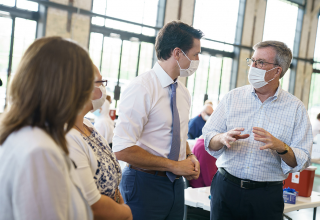