Canada wholesale trade rose more than expected in May, driven by increased sales of motor vehicles and agricultural supplies, data from Statistics Canada showed on Monday.

The 0.9 percent increase from the month before topped economists’ forecasts for a gain of 0.5 percent, while April was revised down slightly to show an increase of 0.8 percent from the initially reported 1 percent gain.

The wholesale trade figures are the last major economic data ahead of Friday’s monthly gross domestic product report, which is expected to show the economy grew by 0.2 percent in May. The release will be watched for indications the economy maintained its momentum in the second quarter.

Wholesale trade increased in six out of seven sectors in May, accounting for 80 percent of wholesale sales. Stripping out the effects of price changes, sales volumes rose 0.8 percent.

The motor vehicle and parts sector rose 1.4 percent after declining for the past three months in a row, lifted by higher sales of vehicles. 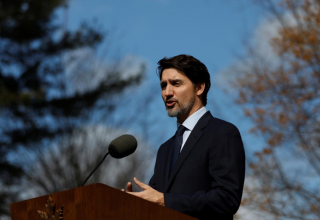