Canadian Prime Minister Justin Trudeau said on Tuesday that a fair dispute resolution system is essential for any trade pact that the country signs, including a renegotiated North American Free Trade Agreement (NAFTA).

The United States earlier this month released its goals for talks on NAFTA, which include a desire to eliminate the Chapter 19 dispute settlement mechanism that has hindered the United States from pursuing anti-dumping and anti-subsidy cases against Mexican and Canadian firms.

Trudeau’s comments to reporters echoed those a week ago by Canada’s ambassador to Washington David MacNaughton and puts Canada and the United States on course for a potential clash when renegotiations begin. The first round of talks will start on Aug. 16.

Under Chapter 19, binational panels hear complaints about illegal subsidies and dumping and then issue binding decisions. The United States has frequently lost such cases.

Trudeau spoke to reporters following his first meeting with British Columbia’s new premier John Horgan, who will travel to Washington to meet with U.S. officials to discuss a growing trade dispute over softwood lumber.

The United States has slapped anti-dumping and anti-subsidy duties on Canadian softwood lumber exports, which is a major industry for the west coast province of British Columbia.

Horgan said he will meet with U.S. Commerce Secretary Wilbur Ross and other representatives, as well as MacNaughton, as part of the trip. 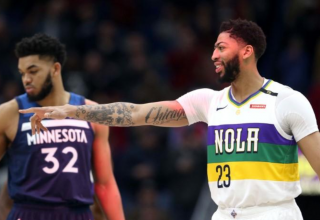