Canadian Prime Minister Justin Trudeau on Monday reshuffled his cabinet to put more emphasis on helping aboriginal people, who complain he has broken repeated promises to improve their lives.

Trudeau is splitting the federal indigenous and northern affairs ministry in two, with the most important role given to Jane Philpott, who has been praised across the political spectrum in her previous job as health minister.

Trudeau, who took office in 2015 promising to repair ties with Canada’s 1.4 million aboriginals, said the former ministry had been designed in an earlier colonial era when governments dictated to indigenous peoples rather than talking to them.

“There’s a sense we have pushed the creaky old structures around (the ministry) about as far as they can go … it could not deliver the reconciliation that we need,” Trudeau told reporters after the reshuffle.

Philpott will become the minister of indigenous services, in charge of overseeing steps to boost living standards. Carolyn Bennett, who headed the old ministry, will be responsible for ties between Ottawa and aboriginal groups.

Aboriginals make up about four percent of the population. Many are mired in poverty and crime and suffer from bad health, exacerbated by widespread lack of access to safe drinking water. Suicides have plagued several isolated towns.

Indigenous activists say despite Trudeau’s pledges, which include billions of dollars in new spending, they have seen little improvement on the ground.

A group of aboriginals mounted a high-profile protest to disrupt the July 1 Canada Day festivities, erecting a tent on Parliament Hill.

The Association of First Nations umbrella organization for aboriginals said the changes announced by Trudeau were a significant step.

Despite the negative publicity, public opinion polls show Trudeau’s Liberals still command a healthy lead. The next election is scheduled for October 2019.

In all, the shuffle involved six ministers. Political insiders told Reuters in late May that Trudeau would change his cabinet to revive a flagging agenda.

In another significant move, Trudeau promoted sports minister Carla Qualtrough to be the new public works and procurement minister. She replaces Judy Foote, who quit last week for personal reasons.

Qualtrough’s biggest task will be to sort out a trouble-plagued bid to buy a new fleet of fighter jets. 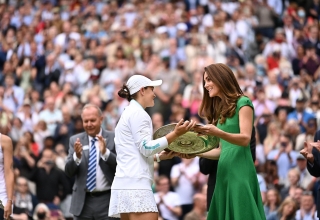