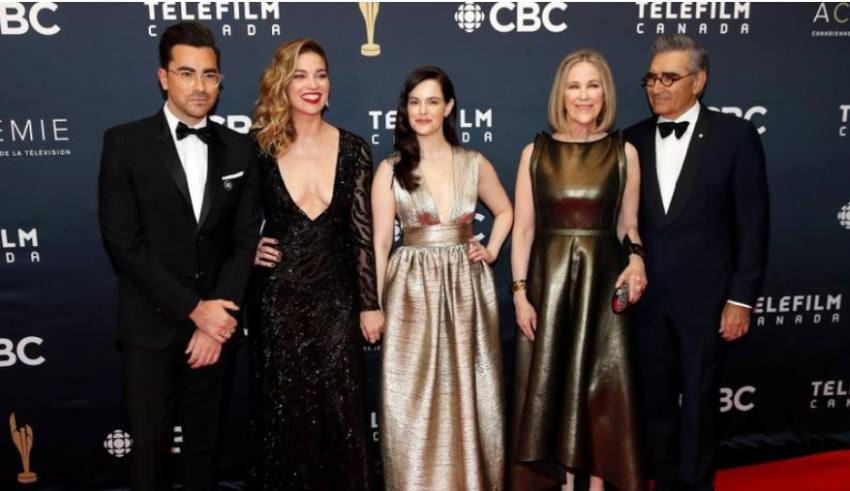 Canadian comedy “Schitt’s Creek” and drama “Anne with an E” led the nominations for the Canadian Screen Awards, grabbing 15 nods each on Thursday.

The awards, which will be broadcast on March 31, recognize achievements in Canadian film, TV and digital media, with 135 nominations this year.

All three are nominated for best lead actor in a comedy for the show about a suddenly impoverished family that is forced to move to a rural town they bought as a joke in richer times. The show also received nominations in the comedy and writing categories.

“Anne with an E,” a period drama based on the early 20th century novel “Anne of Green Gables,” was nominated for best drama series with its star Amybeth McNulty nominated as best actress in a drama.

Films from Quebec took all five nominations for best motion picture, including “A Colony/Une Colonie,” and “The Great Darkened Days/La Grande Noirceur.”

The nominees were announced Thursday by comedians Andrew Phung, star of the TV series “Kim’s Convenience” and Aisha Alfa in Toronto.