According to statistics released today by The Canadian Real Estate Association (CREA), national home sales posted a modest monthly increase in October but remain below levels recorded one year ago.

Home sales via Canadian MLS® Systems edged up 0.9% in October 2017 on the heels of monthly increases in August and September, but remained almost 11% below the record set in March. (Chart A)

Activity in October was up from the previous month in about half of all local markets, led by the Greater Toronto Area (GTA) and the Fraser Valley, together with a number of housing markets in the Greater Golden Horseshoe region.

Actual (not seasonally adjusted) activity was down 4.3% in October 2017, extending year-over-year declines to seven consecutive months. Sales were down from year-ago levels in slightly more than half of all local markets, led overwhelmingly by the GTA and nearby cities.

“Newly introduced mortgage regulations mean that starting January 1st, all home buyers applying for a new mortgage will need to pass a stress test to qualify for mortgage financing,” said CREA President Andrew Peck. “This will likely influence some home buyers to purchase before the stress test comes into effect, especially in Canada’s pricier housing markets. A professional REALTOR® is your best source for information and guidance in negotiations to purchase or sell a home during these changing times.”

“National sales momentum is positive heading toward year-end,” said Gregory Klump, CREA’s Chief Economist. “It remains to be seen whether that momentum can continue once the recently announced stress test takes effect beginning on New Year’s day. The stress test is designed to curtail growth in mortgage debt. If it works as intended, Canadian economic growth may slow by more than currently expected.”

The number of newly listed homes eased by 0.8% in October following a jump of more than 5% in September. The national result was influenced most by declines in new supply in London-St. Thomas, Calgary and Greater Vancouver. 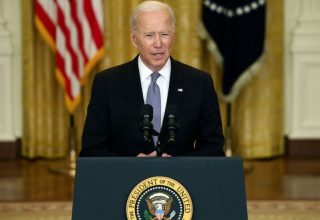