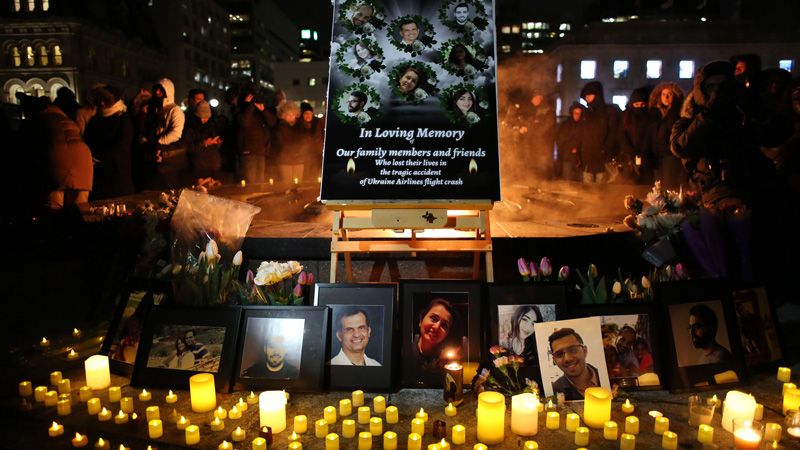 One hundred and seventy-six people were killed when the Boeing 737-800 crashed shortly after take off from Tehran. At least 57 victims were Canadian, and according to the country’s prime minister, Justin Trudeau, 138 people on the flight were connecting to Canada.

“What happened yesterday was a tragedy, a tragedy that shocked not only Canada but the world,” Trudeau said at a news conference on 9 January, calling for a “thorough investigation” into the causes of the crash. “We have intelligence from multiple sources, including our allies and our own intelligence. The evidence indicates that the plane was shot down by an Iranian surface-to-air missile. This may well have been unintentional,” he said.

The Iranian government at first denied such reports. But on 11 January, the country’s military announced that it had unintentionally shot down the plane. “The Islamic Republic of Iran deeply regrets this disastrous mistake,” Iranian president Hassan Rouhani said on Twitter. “Investigations continue to identify & prosecute this great tragedy & unforgivable mistake.”

Across Canada, universities lowered flags to half mast and planned gatherings to honour the dead. “I want to express my heartfelt grief. Words simply cannot express the loss I know we all are feeling,” David Turpin, president and vice-chancellor at the University of Alberta in Edmonton, wrote on 8 January. About 50 people attended a vigil at the Alberta Legislature Building on 8 January, lighting candles and placing photos on the steps, to remember friends and colleagues, the Canadian Broadcasting Corporation reported.

‘We are all heartbroken’

University of Alberta faculty members Pedram Mousavi and Mojgan Daneshmand — both engineers — and their two young daughters were among those who died. “They were big deals,” says James Hogan, a materials engineer at Alberta.

Hogan lost a graduate student, Amir Saeedinia, who was travelling from Iran to begin his PhD in Hogan’s lab. “He worked very hard to create this opportunity for himself. This was just a start for him in Canada — he was coming to join the group today.”