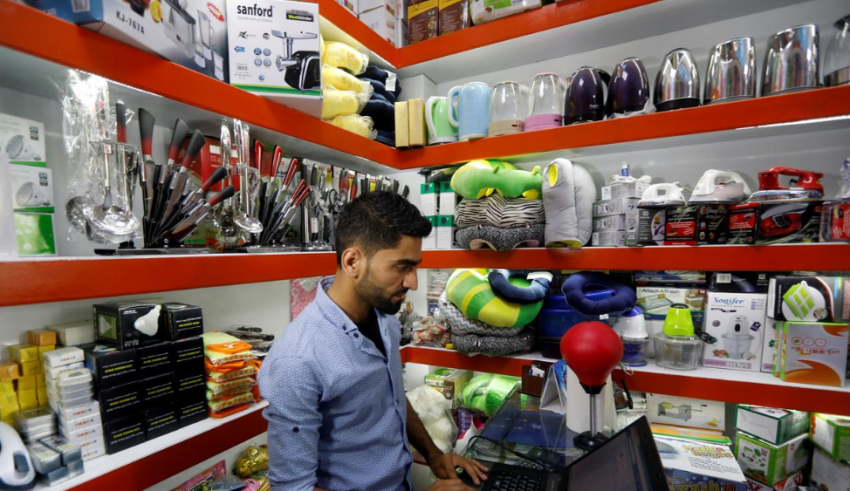 An Afghan shopkeeper works on his laptop at his online shop in Kabul, Afghanistan

DAVOS, Switzerland (Reuters) – Impatient with a lack of World Trade Organization rules on the explosive growth of e-commerce, 76 members – including the United States, China, the European Union and Japan – agreed on Friday to start negotiating a new framework.

China, which is locked in a trade war with the United States, signaled conditional support for the initiative but said it should also take into account the needs of developing countries, in comments likely to rile Washington.

E-commerce, or online trade in goods and services, has become a huge component of the global economy. A WTO report put the total value of e-commerce in 2016 at $27.7 trillion, of which nearly $24 trillion was business-to-business transactions.

On the sidelines of the World Economic Forum in Davos, negotiators from the 76 countries and regions agreed on Friday to hammer out an agenda for negotiations they hope to kick off this year on setting new e-commerce rules.

“I’ve said for quite some time it was unacceptable that by 2018 … the WTO won’t have a deeper, more effective conversation about a phenomenon that is driving the global economy today,” said WTO Director-General Roberto Azevedo.

“China was not an original signatory but now they are. They have reaffirmed their intention to start negotiations on electronic commerce. I think this is a welcome development,” he told a briefing in Davos.

Japan’s trade minister Hiroshige Seko said his country hopes to use its presidency of this year’s Group of 20 meetings of major economies to help accelerate negotiations.

“The current WTO rules don’t match the needs of the 21st century. You can tell that from the fact there are no solid rules on e-commerce,” Seko told a separate briefing.

China’s WTO Ambassador Zhang Xiangchen said the e-commerce declaration “could have been better drafted” but Beijing was still willing to co-sponsor it.

But Beijing’s call for “full respect (to be) accorded to the reasonable requests of developing members” could increase friction with Washington, which says the WTO must stop giving special treatment to countries such as China that call themselves “developing”.

Another Asian giant, India, did not join the initiative. It has previously said the WTO should finish off the stalled but development-oriented “Doha Round” of talks before moving into new areas.

“It would always be better if we had every WTO member in it,” Azevedo said. “But what is important also is that this group is open. It’s an open-ended group, so any member that wants to participate in this conversation can join any time.”

Trade experts say the global trade rulebook is rapidly becoming outdated and needs to keep up or become obsolete. A recent study found that 70 regional trade agreements already include provisions or chapters on e-commerce.

The WTO’s 164 members failed to consolidate some 25 separate e-commerce proposals at a conference at Buenos Aires in December, including a call to set up a central e-commerce negotiating forum.

E-commerce, which developed largely after the WTO’s creation in 1995, was not part of the Doha round of talks that began in 2001 and eventually collapsed more than a decade later.

U.S. President Donald Trump’s administration says the WTO is dysfunctional, as it has failed to hold China to account for not opening up its economy as envisaged when Beijing joined in 2001.

To force reform at the WTO, Trump’s team has refused to allow new appointments to the Appellate Body, the world’s top trade court, a process which requires consensus among member states. As a result, the court is running out of judges, and will be unable to issue binding rulings in disputes.

While the United States was among the signatory countries of the e-commerce agreement, it did not participate in a separate informal WTO gathering chaired by Switzerland.

Azevedo said Washington’s absence was “totally and solely driven by domestic considerations” and unrelated to the country’s suspicions over the multilateral trading system.

But he voiced concern over the tide of protectionism that overshadowed discussions at Davos among the rich and powerful.

“These trading tensions are not only a threat to the system. They are threats to the whole, entire international community,” he said. “The risks are very real. There will be economic impacts.” 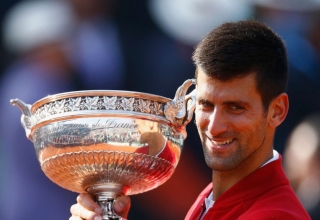 MELBOURNE, Australia (AP) — Weary after two years of some of the harshest COVID-19 …