U.S. President Donald Trump signed an executive order that prohibits dealings in new debt from the Venezuelan government or its state oil company on Friday in an effort to halt financing that the White House said fuels President Nicolas Maduro’s “dictatorship”.

Asked about the new U.S. measure, Chinese Foreign Ministry spokeswoman Hua Chunying said China’s position had consistently been to respect the sovereignty and independence of other countries and not to interfere in their internal affairs.

“The present problem in Venezuela should be resolved by the Venezuelan government and people themselves,” she told a daily news briefing.

“The experience of history shows that outside interference or unilateral sanctions will make the situation even more complicated and will not help resolve the actual problem,” Hua added.

China and oil-rich Venezuela have a close diplomatic and business relationship, especially in energy.

This month, China said it believed voting in Venezuela’s Constituent Assembly election was “generally held smoothly”, brushing off widespread condemnation from the United States, Europe and others and evidence of voting irregularities. 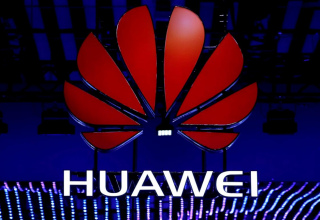