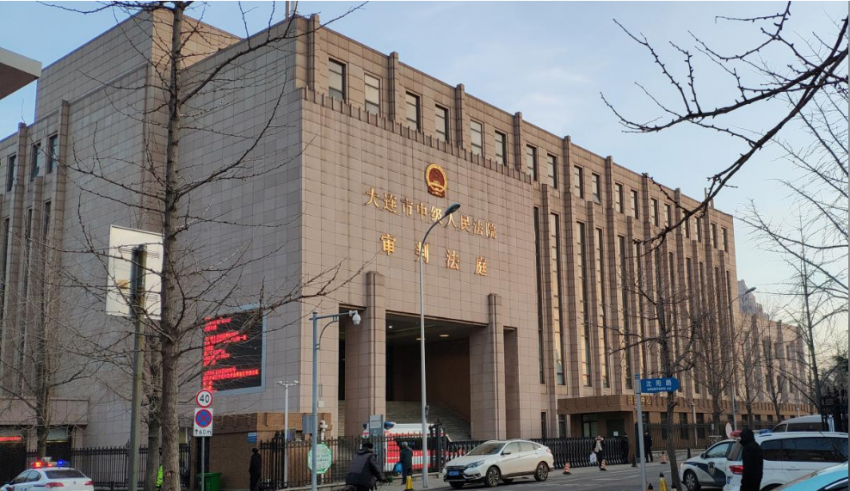 A general view of the Intermediate People's Court of Dalian, where the trial for Robert Lloyd Schellenberg, a Canadian citizen on drug smuggling charges, will be held, in Liaoning province, China January 14, 2019. REUTERS/Stringer

The ruling, and Trudeau’s reaction, could aggravate already sour relations between Beijing and Ottawa following the arrest of a senior Chinese executive in Canada and China’s subsequent detention of two Canadians.

The Dalian Intermediate People’s Court in China’s northeast province of Liaoning re-tried Robert Lloyd Schellenberg, who had appealed his original 15-year prison sentence, and decided on execution, the court said in a statement.

Schellenberg was told in court he had the right to appeal to Liaoning High Court within 10 days upon receiving the ruling, the intermediate court said in a second statement.

“It is of extreme concern to us as a government, as it should be to all our international friends and allies, that China has chosen to begin to arbitrarily apply (the) death penalty … as in this case,” Trudeau told reporters in Ottawa.

China denounced her arrest, warning of unspecified consequences unless Meng was released, and detained Michael Kovrig, a Canadian foreign ministry employee on unpaid leave, and Michael Spavor, a Canadian consultant, on suspicion of endangering state security.

Beijing has not drawn a direct link between the arrest of Meng, wanted by U.S. authorities for allegedly misleading multinational banks about Iran-linked transactions, and the detention of Spavor and Kovrig. Western diplomats in China’s capital, however, say the cases are a tit-for-tat reprisal.

A Chinese foreign ministry spokeswoman said Trudeau should “earnestly study” the Vienna Convention governing diplomatic ties so as to “not become a laughing stock.”

Trudeau said his government “will continue to engage strongly” with Beijing over Kovrig’s status and what he called China’s arbitrary use of its justice system.

William Nee, a Hong Kong-based China researcher with Amnesty International, said it was horrified that Schellenberg had been sentenced to death, particularly as drug-related offences did not meet the threshold of the “most serious crimes” to which the death penalty must be restricted under international law.

Drug smuggling is routinely punished severely in China. Beijing has previously executed foreign nationals convicted of drug-related crimes – a Briton caught smuggling heroin was executed in 2009, prompting a British outcry over what it said was the lack of any mental health assessment.

The court said Schellenberg had conspired with others in an attempt to smuggle 222 kg (489.43 lb) of methamphetamine from China to Australia in late 2014. He was arrested on Dec. 1 of that year.

Chinese state television said in an earlier report that Schellenberg argued in court that he was a tourist visiting China and was framed by criminals.

Before his arrest, Schellenberg had prepared to flee to Thailand from Dalian but was arrested while in transit in Guangzhou, the court said.

It did not offer further information about Schellenberg, including his age and occupation, though media reports have said he is a 36-year-old former oil worker.

A lawyer for Schellenberg, Zhang Dongshuo, told Reuters his client would probably appeal against the death sentence.

The Liaoning High Court in late December ordered the case retried after prosecutors said the sentence was too light and improper.

Beijing considers the number of people executed in China to be a state secret. International human rights organizations estimate the annual figure at around 2,000.