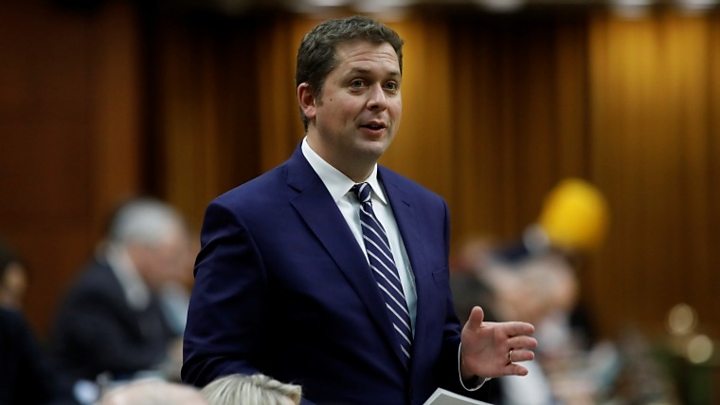 He told the House of Commons it was “one of the most difficult decisions I have ever made”.

Mr Scheer said he would stay on in his role until the party chooses a new leader.

He only became leader in May 2017 in a razor thin victory against 12 rivals.

Making the announcement on Thursday, Mr Scheer, 40, spoke about the sacrifices made by his family for his political career.

The decision to resign was not made lightly, he said. “But in order to chart the course ahead, this party, this movement needs someone who can give 100 per cent to the efforts.

“And after some conversations with my kids and my wife and loved ones, I felt it was time to put my family first.”

He said the strain of an election had taken a toll on five children and wife, Jill, whom he called “heroic”.

Mr Scheer has served in federal politics since 2004 since being elected to the House of Commons at age 25.