As Canada rejects what its chief NAFTA negotiator calls “entirely unworkable” U.S. proposals, a deep bench is working around the clock to keep the tripartite agreement alive.

After appearing before the House Trade Committee Monday, Steve Verheul said Canada has yet to offer a counterproposal on American demands some consider “poison pills”—among them attacking supply management, a five-year sunset clause, and aggressive rules of origin limits. But, he said his team “is considering” counter proposals on some.

Next week’s unofficial round in Washington should signal what Canada can expect when it meets with Mexico and the United States for the official sixth round of talks in Montreal in January.

While Canada must tread cautiously lest it legitimize unreasonable American offers, it should be creative with that dilemma and seriously consider countering in order to keep the U.S. at the table, suggested Eric Miller, president of Rideau Potomac Strategy Group. 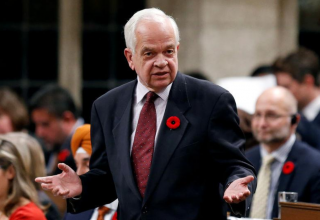