January 27, 2023
3 New Articles
Home Health Doctors urge Canada to make it legal to pay for sperm, eggs — even if people ‘line up’ to make a quick buck

The federal government should overturn a 13-year-old ban and make it legal to pay people to be surrogate mothers or donate sperm or eggs, Canada’s fertility specialists are urging in a major new policy position.

The Canadian Fertility and Andrology Society suggests the public has become more comfortable with “assisted reproduction” generally, and that it’s time to permit carefully regulated commercialization of the key human ingredients.

The 2004 law allows surrogates and donors of egg and sperm to be reimbursed for expenses, but makes it a crime to pay them fees.

The rule has rarely been enforced, and widely flouted by fertility brokers and others.

Even so, the criminal ban has “severely limited” the number of donors and surrogates available to would-be parents, says the society in its position statement.

“There is an altruistic element to it, but I’ve honestly in my career never met someone who is willing to do that for free for a stranger,” Dr. Jeff Roberts, the association’s president, said in an interview Friday. “But there may be a sizeable number willing to do it if at least they’re compensated for wages and some of their time.”

As it is, many people in Canada wait indefinitely to have children, resort to reproductive tourism in other countries or import eggs and sperm from the United States, where compensating donors is legal, the group says.

Canadians are at a disadvantage “in terms of managing their own fertility care,” said Sherry Levitan, a lawyer and member of the society’s board.

She suggested the government could set maximum allowable payments, rates that would be reasonable but not “life-altering.”

Eric Morrissette, a spokesman for Health Canada, said the government is aware of the society’s position, but is working now on clarifying what expenses can be paid to donors and surrogates, as well as other assisted-reproduction regulations.

The law was implemented after a Royal Commission and extensive debate in Parliament, the consensus being at the time that Canadians were opposed to the “commodification” of human sperm, eggs and wombs.

One bio-ethicist who studies the field said she’s still concerned about the impact of paying people to rent out their uterus, or give up sperm or eggs.

“It sounds like the (society) would like to open the door to a sort of fee-for-service system, where money is promised and people line up to sell their eggs or sperm or gestational capacity,” she said. “People who find themselves in difficult financial circumstances will do this … for the purpose of defraying their debt or paying for university tuition.”

Guichon said she suspects the society’s real reason for recommending the change is to generate more business by expanding the pool of donors and surrogates. 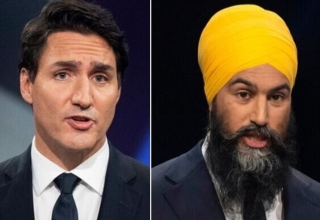