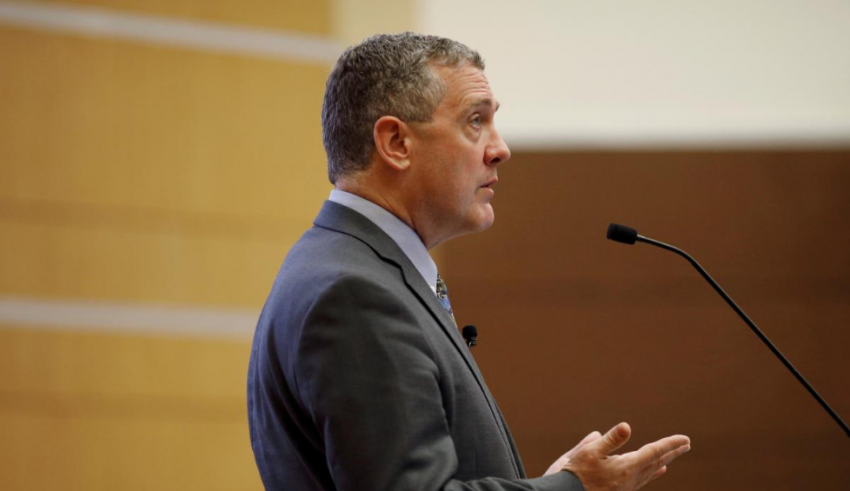 WASHINGTON (Reuters) – The U.S. Federal Reserve is wary of giving “fintech” firms such as OnDeck Capital Inc (ONDK.N) or Kabbage Inc. access to the country’s financial infrastructure, putting the central bank at odds with other regulators looking to bring them into the fold.

The Office of the Comptroller of the Currency (OCC) and the Federal Deposit Insurance Corporation (FDIC) are exploring granting federal bank-like licenses to tech-driven firms that offer financial services, such as money transfers and lending.

The plan is part of a broader push by President Donald Trump’s administration to boost small businesses and promote job growth.

Federal licenses would allow fintech firms, which currently operate under a patchwork of state rules, to reduce their regulatory costs and expand into new regions and products.

However, fintech firms say they are reluctant to invest heavily in nationwide expansion without access to the payment systems, settlement services, and other Fed tools and the central bank has yet to decide whether to let those lightly-regulated players in.

Many Fed officials fear these firms lack robust risk-management controls and consumer protections that banks have in place.

“They probably do want access to the payments system, but they don’t want the regulation that would come with that access,” St. Louis Fed President James Bullard told Reuters in November. “I am concerned that fintech will be the source of the next crisis,” he added.

Companies such as PayPal (PYPL.O) and LendingClub Corp(LC.N) have attracted millions of customers by offering greater convenience or better prices than traditional banks. The OCC and the FDIC say such firms can broaden access to financial services because their low-cost models allow them to reach poorly served areas and offer small loans that are uneconomical for bigger banks.

But some fintech firms say they would be reluctant to invest the time and resources in applying for and maintaining the new OCC fintech license unless the Fed gives them access to the payments system, so they will not have to depend on banks to route money for them. Direct access would eliminate bank routing fees, a top-five operating cost for many fintech firms, and would allow them to compete more effectively with traditional lenders.

“It’s hard to know if it’s worthwhile applying if you don’t know what access you’d have to the Fed services,” said Jason Oxman, CEO of the Electronic Transactions Association, which represents fintechs and banks. “It would be helpful for the Fed to clarify.”

Banks are pushing back, arguing fintech firms should access the Fed system only if they comply with the same rules banks face.”You don’t want a new charter that skirts existing rules and regulations and call that innovation,” said Paul Merski, executive vice president for the Independent Community Bankers of America.

Unveiled in July, the OCC special charter allows fintechs to operate nationwide under a single license, provided they satisfy some liquidity, capital and contingency planning requirements.

By comparison, nearly every aspect of banks’ operations is subject to rigorous scrutiny and multiple federal and state laws. These include a host of capital and liquidity requirements, operational risk, cyber risk, vendor risk, anti-money laundering and bank secrecy rules, fair lending and anti-discrimination lending laws.

The OCC fintech charter does not permit companies to collect federally insured deposits, now a precondition for accessing the Fed’s payment system.

In private meetings, Fed officials in Washington are divided on the issue, with many reluctant to offer any reassurances or even guidance on how fintechs should proceed, said fintech executives.

Some officials are unsettled by the rapid growth of fintech firms, which half of U.S. consumers now use to transfer money, according to consultancy EY.

From 2010 to 2017, more than 3,330 new fintech firms were created, according to the Treasury, with financing for such firms soaring thirteen-fold over that period to $22 billion.

“Atlanta’s trying to be a fintech hub, so I get the opportunity to talk to a lot of entrepreneurs in this space,” said Atlanta Fed President Raphael Bostic at a banking conference late last year. “Almost none of them has risk at the top of what they’re thinking about, and that makes me nervous.”

Some officials worry that direct access to the payment network would mean that a fintech firm’s collapse, a major IT stumble or cyber breach, could spread risk across the system or hurt consumers.

Fintech firms argue their rapid growth simply reflects strong demand for their services and that many are already complying with a host of state regulations.

A spokeswoman for the Federal Reserve Board in Washington declined to comment, but Lael Brainard, one of its governors who is leading the Fed’s thinking on the issue, has also urged caution over letting fintechs into the Fed system.

OCC spokesman Bryan Hubbard said its proposed charter still offers many benefits for fintech firms, which can continue to partner with banks that can access Fed services.

The regulator is in discussions with dozens of firms and expects to award the first national license under the new charter early this year, a development fintechs hope will put pressure on the Fed to formally clarify its stance.