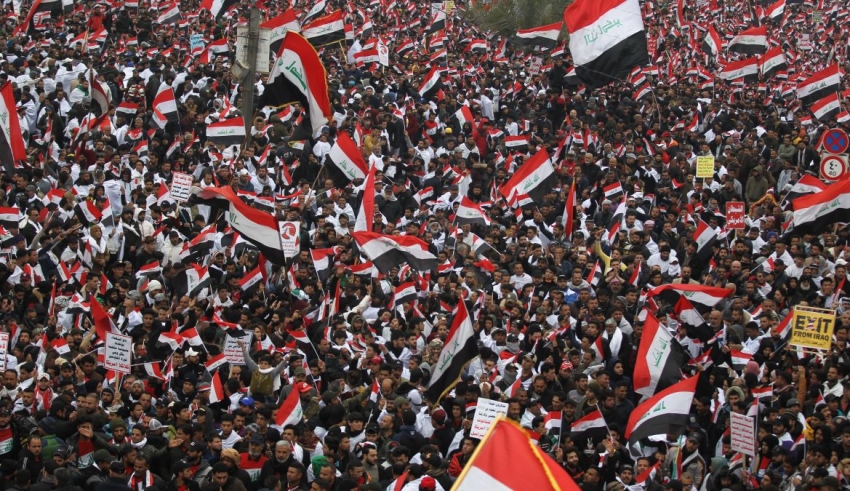 Hundreds of thousands of protesters marched through Baghdad on Friday calling for US troops to leave Iraq, heeding the call of powerful Shia cleric Muqtada al-Sadr who called for a “Million Man March.”

Families and children held aloft signs that read “no, no to America” and “no, no to occupation” amid a sea of Iraqi flags. A heavy security presence surrounded the path of the march, as well as the Green Zone which houses the US embassy.
The Green Zone has been the site of multiple rocket attacks that have increased in frequency since a US attack in Baghdad killed Iran’s most powerful military general, Qasem Soleimani, and the Iran-backed Iraqi commander, Abu Mahdi al-Muhandis.
The targeted killing on January 3 sparked growing calls for US troops to leave the country, as many Iraqis criticized what they see as a breach of its sovereignty. There are roughly 5,000 US troops in Iraq.
Load More Related Articles
Load More By News Desk
Load More In World
Click To Comment

Tolls not only discouraged driving at peak times, but raised revenue too, says Patrick …