Canada is known the world over for its cultural diversity and it’s something we are immensely grateful for. Perhaps it can only be rivalled by our diverse landscape. From rolling sand dunes and surf-able waves, to the highest tree-covered mountains and gleaming crystal waters, Canadians know we live in a pretty spectacular country. What better time than Earth Day to look to each province and territory for their stunning attractions. Some are well-known tourist spots that still take our breath away, while others are off-the-beaten-path places that deserve to be marvelled at more!

Lucky us to be able to call one of the most awe-inspiring countries on Earth home. 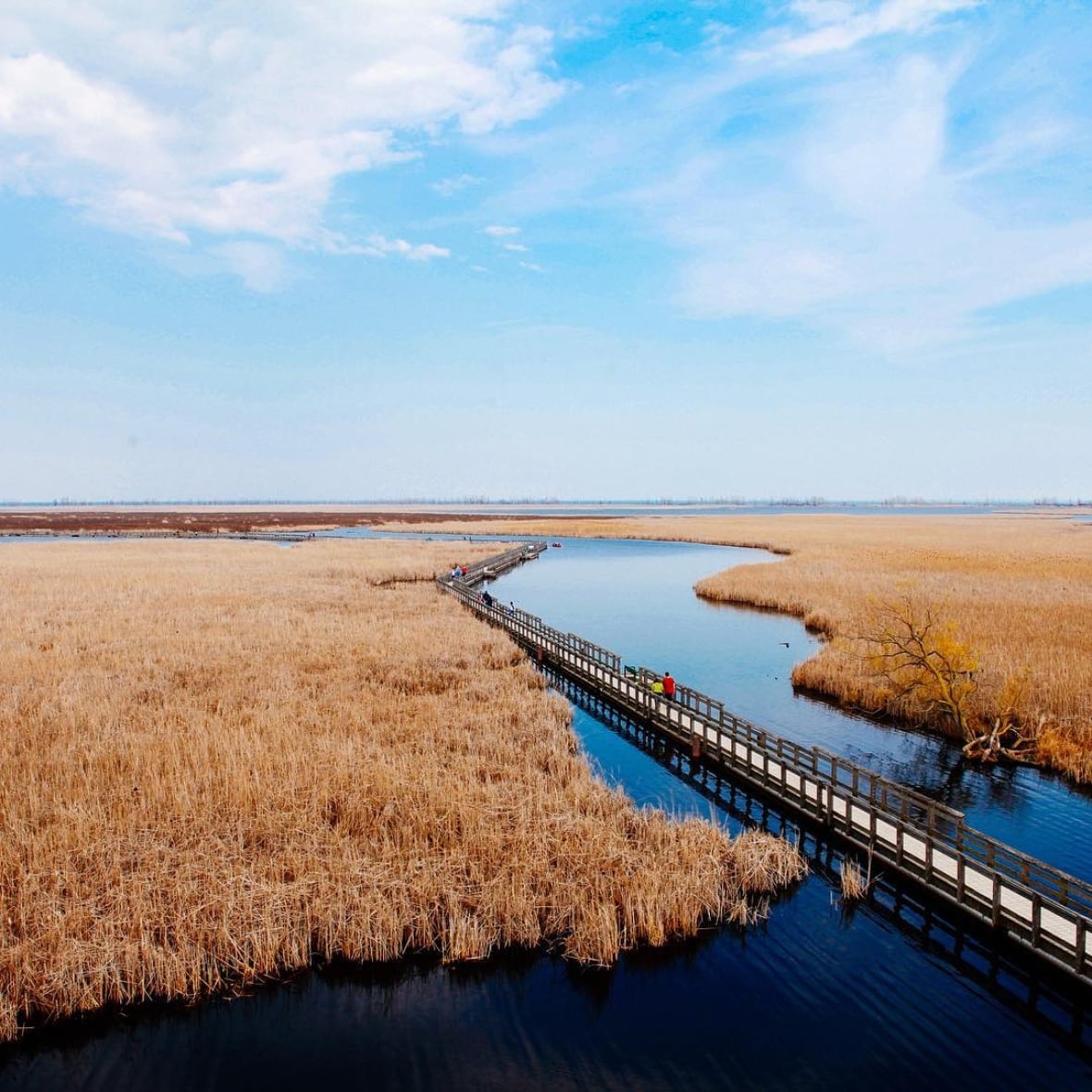 Getting there: If you’re looking for a fun road trip from Toronto this year, try Point Pelee National Park. It’s renowned for it’s picturesque bird and butterfly watching (spring and fall respectively) and is an estimated 3 1/2 hour drive from the city. You can also fly into Windsor International Airport from multiple cities around the country, rent a car and be there in just over 30 minutes. Unfortunately there is no public transit to this spot. Click here for driving directions.

What’s to love: As one of Canada’s national parks, it is free to roam around PPNP to celebrate the 150th anniversary of our fair country. Point Pelee is known as a year-round adventure spot, where you can see everything from cattail filled marshlands while going for a kms long walk, to the crystal blue water of Lake Erie. You can also go canoeing next to sunbathing turtles or walk along sandy beaches. Birds heading north to breed in the spring always make a stop over in the park and head back there again in the fall on their way south. As the leaves change you will also see dragonflies and Monarch butterflies in abundance. All of these elements add up to a purely Canadian sightseeing experience. 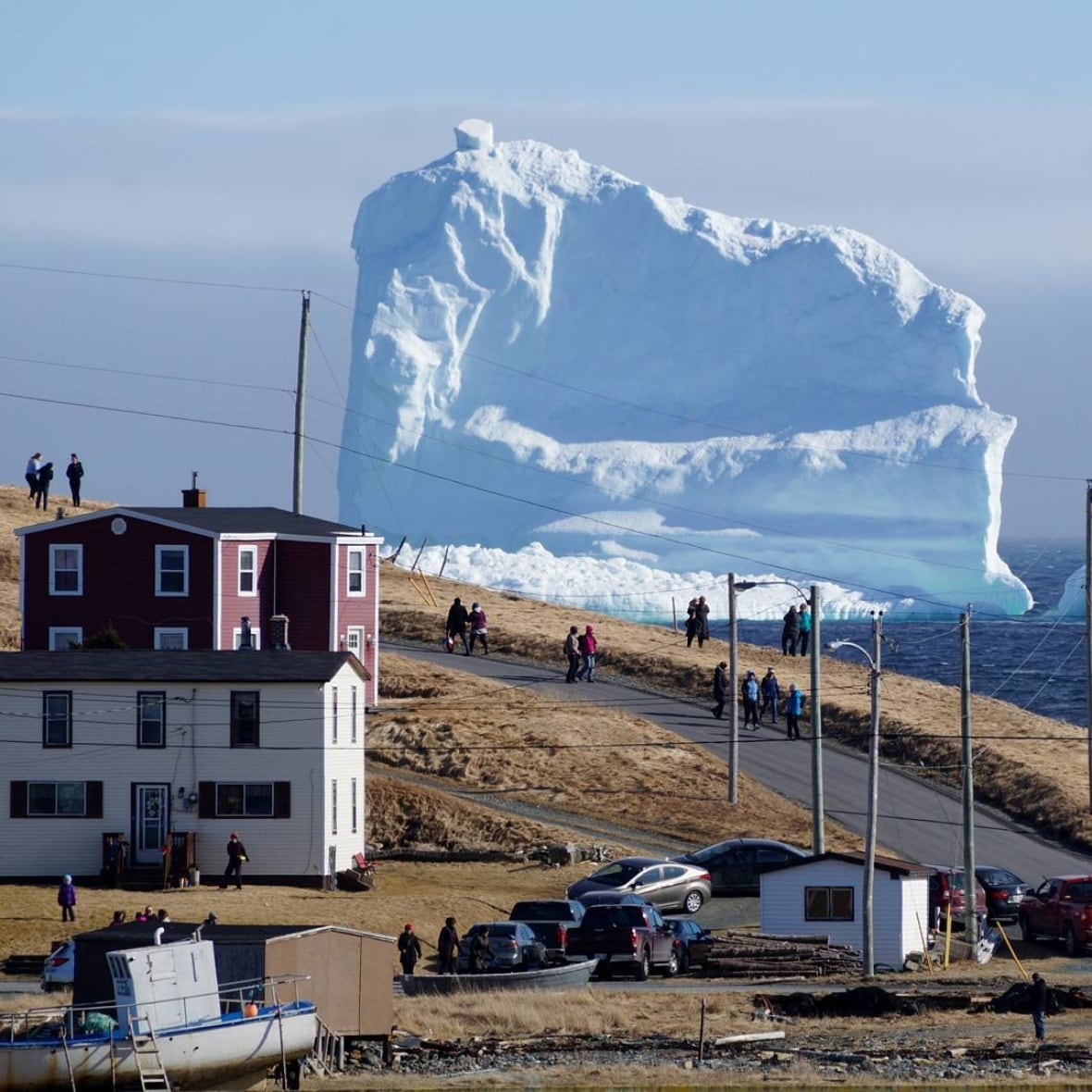 Getting there: If you’re interested in watching 10,000-year old chunks of frozen water drift by, making the trek to Iceberg Alley in the spring will surely be worth your money. Iceberg Alley itself stretches along the coast of Labrador to the northeast coast of the Island of Newfoundland, but head to Twillingate, Newfoundland, considered to the be iceberg capital of Canada. Twillingate is only an hour and a half from Gander International Airport, but a ferry is also an option from North Sydney, Nova Scotia.

What’s to love: Nothing is quite as breathtaking as watching massive pieces of ice float by as they migrate down the east coast of the province. There is a Twitter account dedicated to Iceberg watching, tweeting pictures and notes from tourists of the area, and a website, icebergfinder.com, that tracks icebergs as they pass by. You’ll see only about 10 per cent of each iceberg (the rest sits below the surface of the water), but the site is awe-inspiring to say the least. Take a boat tour, paddle by in a kayak or trek along 29,000 km’s of coast highway for your viewing pleasure. 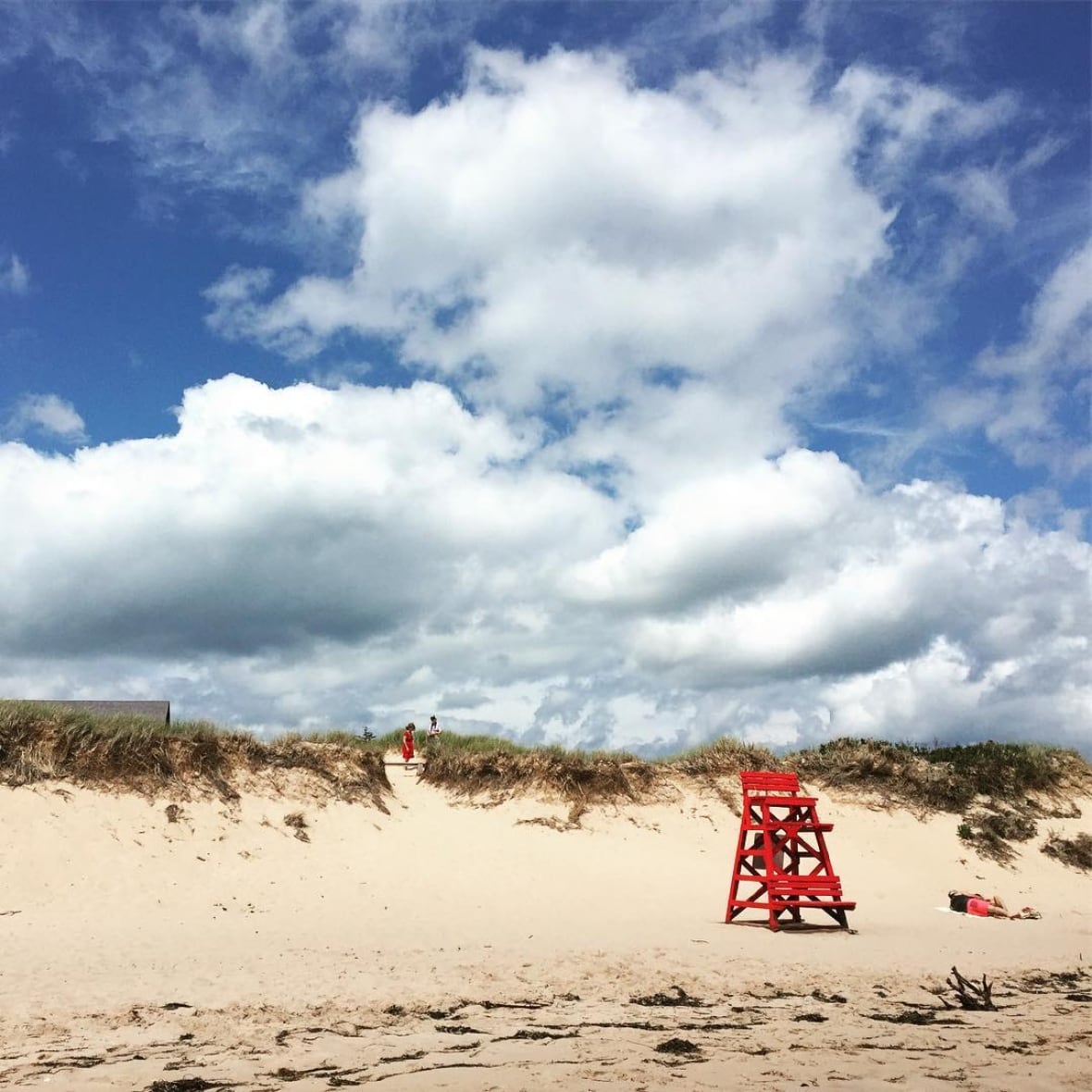 Getting there: To get to the glorious white sand beaches of Prince Edward Island, fly into Charlottetown Airport, located conveniently in the middle of the island. You can also hop on a ferry from Caribou, Nova Scotia or do the 10-minute drive across the dramatic Confederation Bridge from New Brunswick. Basin Head is at the eastern tip of the island, just over an hour drive Charlottetown and an hour and forty minutes from the bridge.

What’s to love: Aside from the pretty white sand, which is Insta-perfect especially in the summer, and some of the warmest water north of Florida, Singing Sands beach is a marvel. Scientists still don’t quite understand why the sand seems to sing or swish with every step, but studies have found if quartz sand is rounded and spherical that may be what produces this welcome tune. 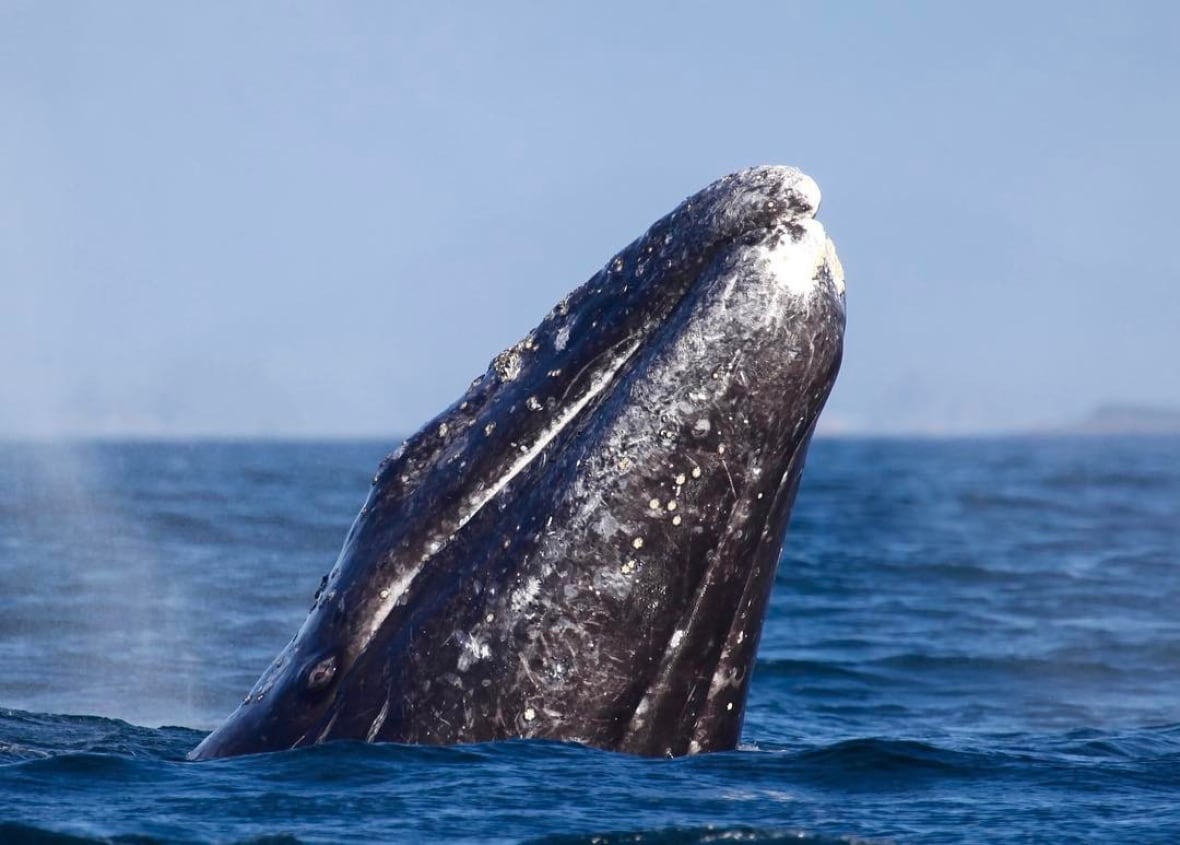 Getting there: Flying into Vancouver, which is surrounded by mountains, is a lovely site itself. But heading out to spot whales of all kinds can really make for a memorable trip. You can also spot the world’s largest mammals in Victoria and Tofino. A new, luxury ferry is said to be launching this May, making the trip from Vancouver to Victoria only three and a half hours. Tofino is a five hour and 35 minute drive from Vancouver.

What’s to love: Watching the pods of orcas, grey whales and even humpbacks, who live and migrate along the British Columbia coastline, is one of the best ways to appreciate nature and all its wonders. Whale watching tours and charters are available and may seem a bit touristy, but the sight of these gigantic beings won’t soon be forgotten. 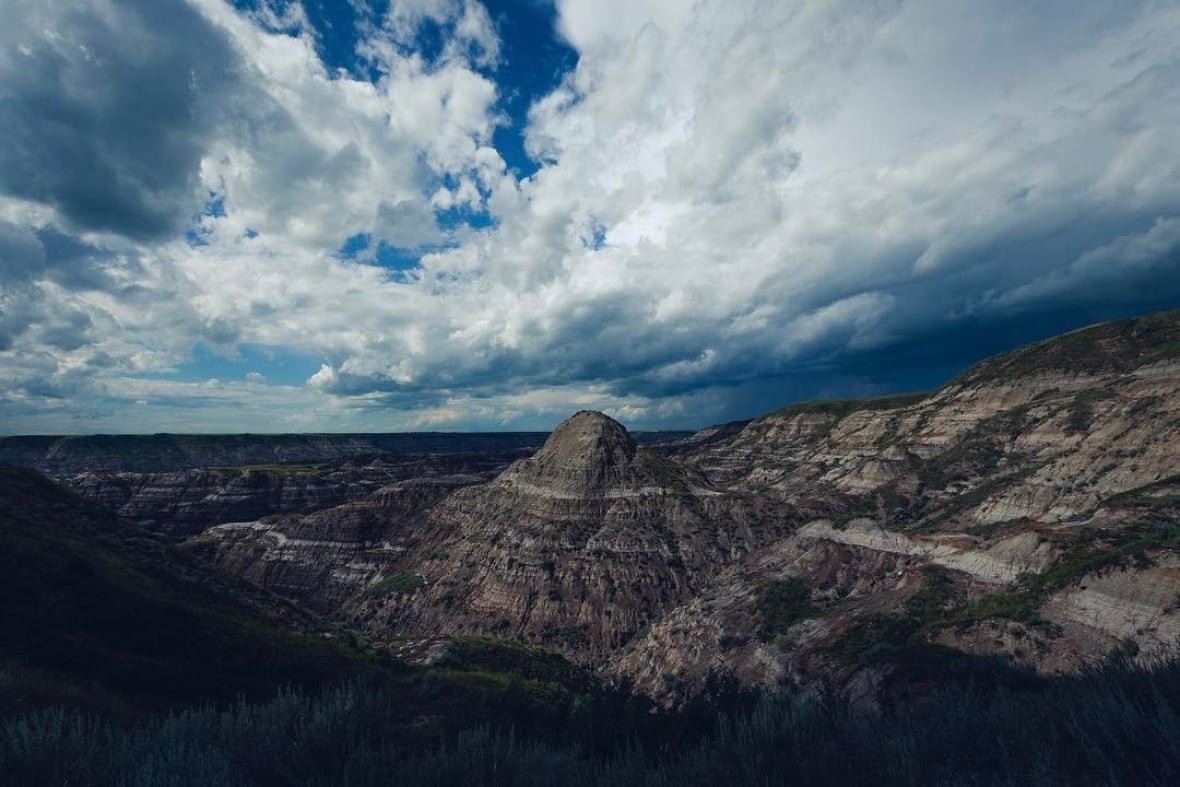 Getting there: An hour and a half north east of Calgary via car, you’ll find the dinosaur land also known as Drumheller.

What’s to love: Dinosaur Valley in the Badlands of Alberta is home to one of the richest fossils troves on the continent. Learn about millions of years of natural history on a guided tour, and wonder and snap pictures of the miles and miles of pale sandy hills and hoodoos (five to seven metre tall pillars made of sandstone). The Royal Tyrrell Museum of Palaeontology also contains 40 dinosaur skeletons and tons more information for enthusiasts. 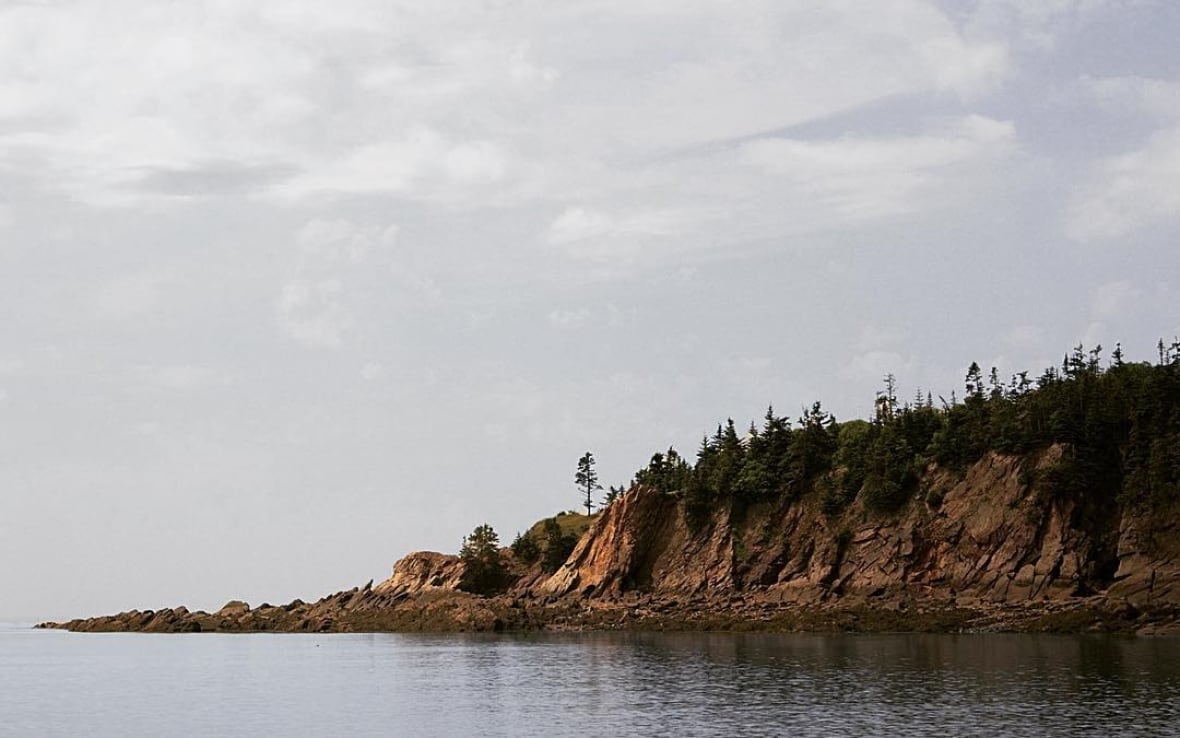 Getting there: There are a few scenic drives that you can do while spending time in New Brunswick, but the coastal drive is perhaps the most breathtaking. Fly in to Moncton to begin your trek along the seaside.

What’s to love: Highways 111 and 114 take you through some small towns, as well as the Fundy National Park, which has 25 waterfalls and the highest tides in the world. Continue along to Saint John while winding along the craggy coast and filling up your camera reel. 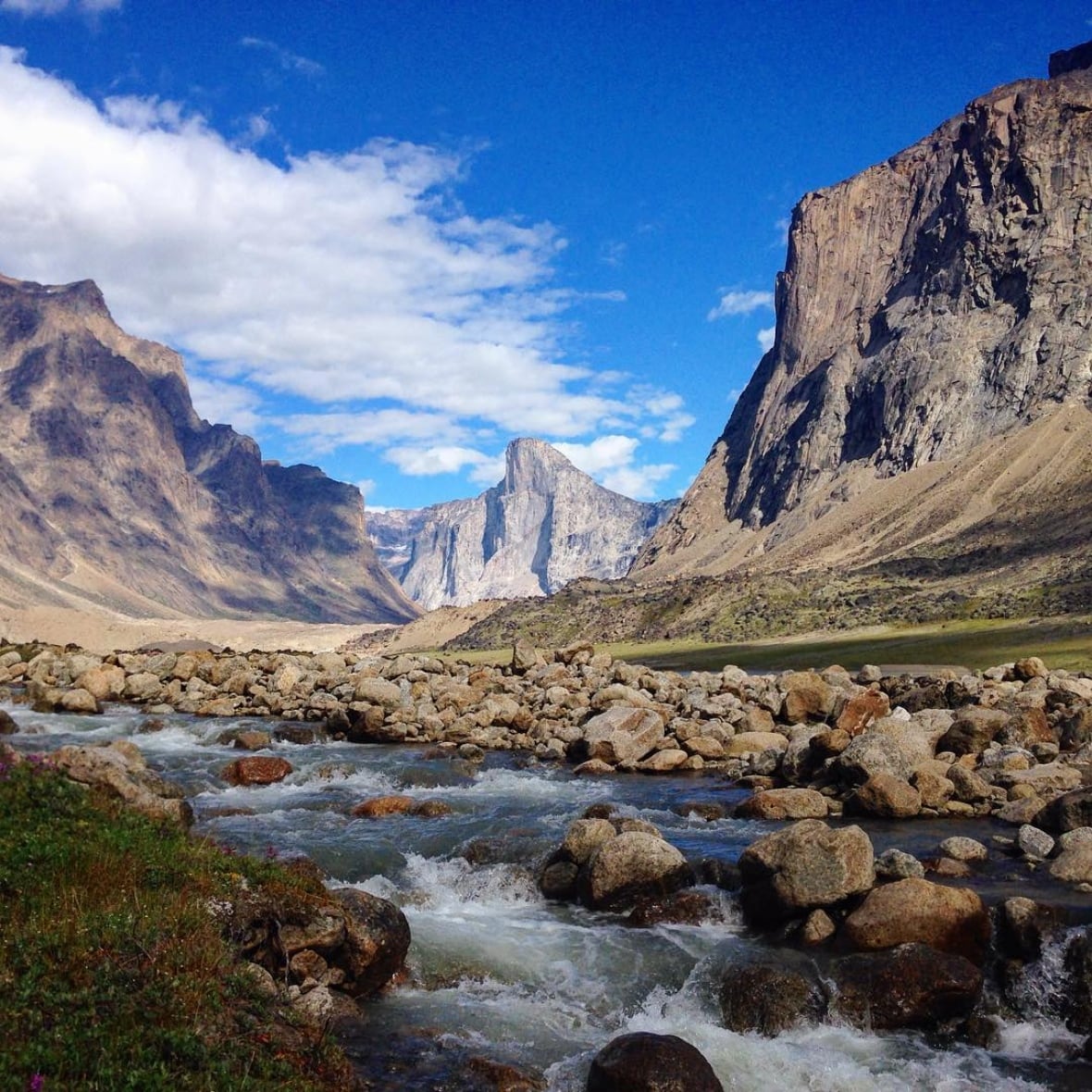 Getting there: Located in Baffin Island’s Cumberland Peninsula, Akshayuk Pass is a 100 km mountain pass that sits on a spectacular valley along the southern Baffin Mountains, the highest point being Summit Lake. Fly from Iqaluit to Qikiqtarjuaq, the northern access point of the park, a 2-hour flight on First Air.

What’s to love: Most hikers love this trail. It starts at sea level and rises to 640 metres at Summit Lake, which is surrounded by granite peaks. A tundra wonderland, this grand Arctic experience is diverse in its beauty—think glittering glaciers, wildflower-dotted meadows, snow geese and arctic fox sightings and human-shaped Inuksuit glowing in midnight sun. 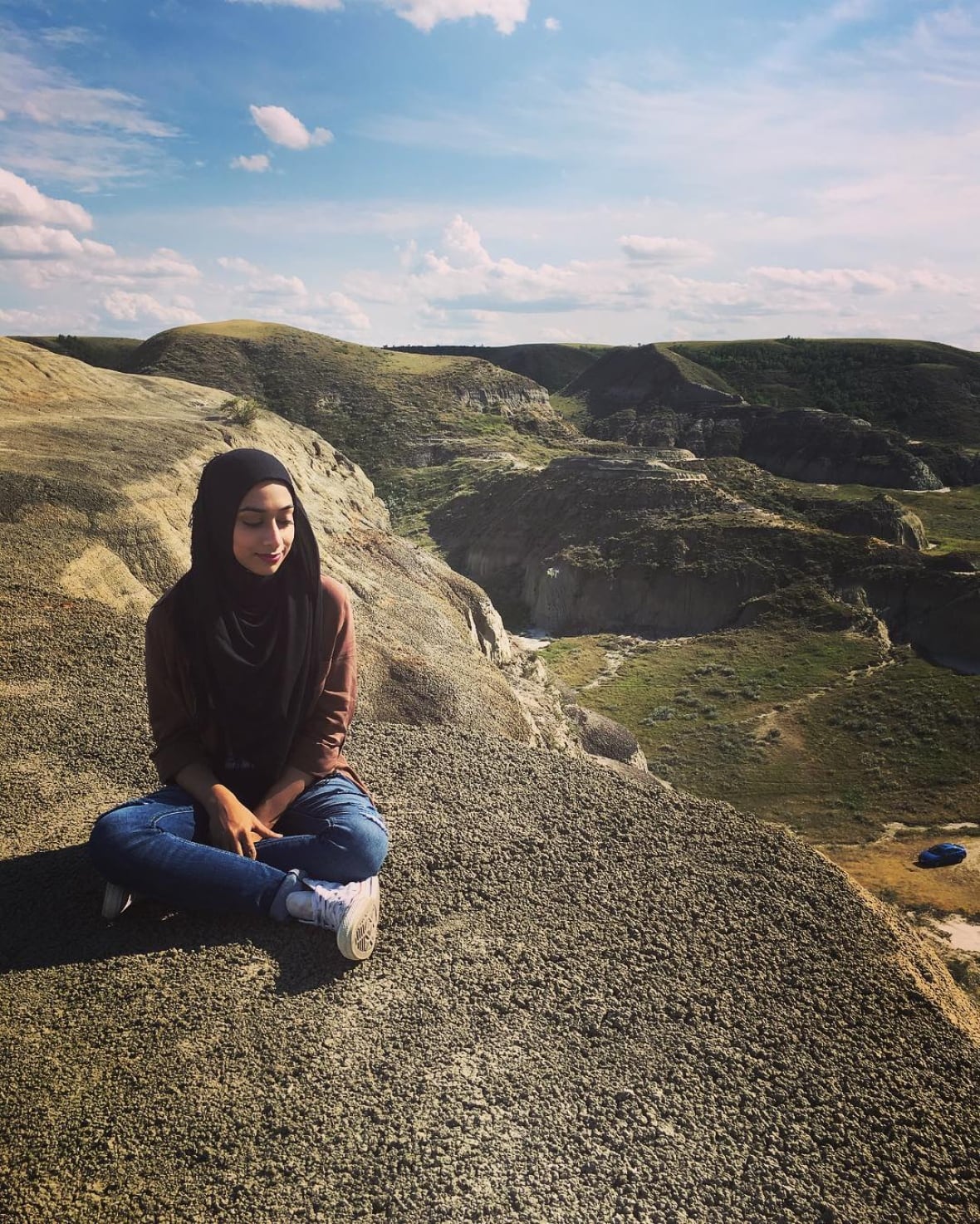 Getting there: If you’re looking to hide out like famed bandits Sam Kelly, Dutch Henry and the Sundance Kid, head on over to Big Muddy Valley in southern Saskatchewan, making a stop at the stunning Castle Butte mountain, which is just an estimated two hour drive from Regina and Moose Jaw.

What’s to love: Only 12 miles north of the U.S. border, BMV is dotted with aboriginal effigies and caves where American outlaws used to hide from the fuzz. And standing tall amongst the red sand is Castle Butte, a mountain formed in the ice age that is 70 metres high and once served as a landmark for the First Nations. This area is also popular in the summer months as a spot to hike. Nearby Bengough plays host to the Gateway Music Festival every July, this year featuring Tom Cochrane, 54-40, the Sadies, Basia Balut, Lindi Ortega and enough Canadian content to fill up the rest of your year. Getting there: Take any flight into Halifax and you are within an hour from some pretty spectacular beaches, each of which are surprisingly known for their rad swells.

What’s to love: Whether you are a surfer yourself or want to check out some badass peeps catching waves in our home and native land, you have three fantastic options to choose from. Lawrencetown Beach, only 25 minutes outside of the city, is a 1.5 km of pristine white sand that has become a prime wave-riding destination for local and international surfers. Less than an hour drive from Hali, sits Martinique Beach, the longest stretch of beach in the province. The 5 km crescent-shaped, white sand wonder has open and wooded picnic areas, sand dunes and is home to the East Side Surf School, where lessons start at $65. The beach itself is open from May to October. And lastly, there’s Cow Bay, which is home to two favourite spots, Rainbow Haven Beach and Silver Sands Beach — both internationally known surfing and kayaking locations. Check out the surf report here. And hang ten, buddies! 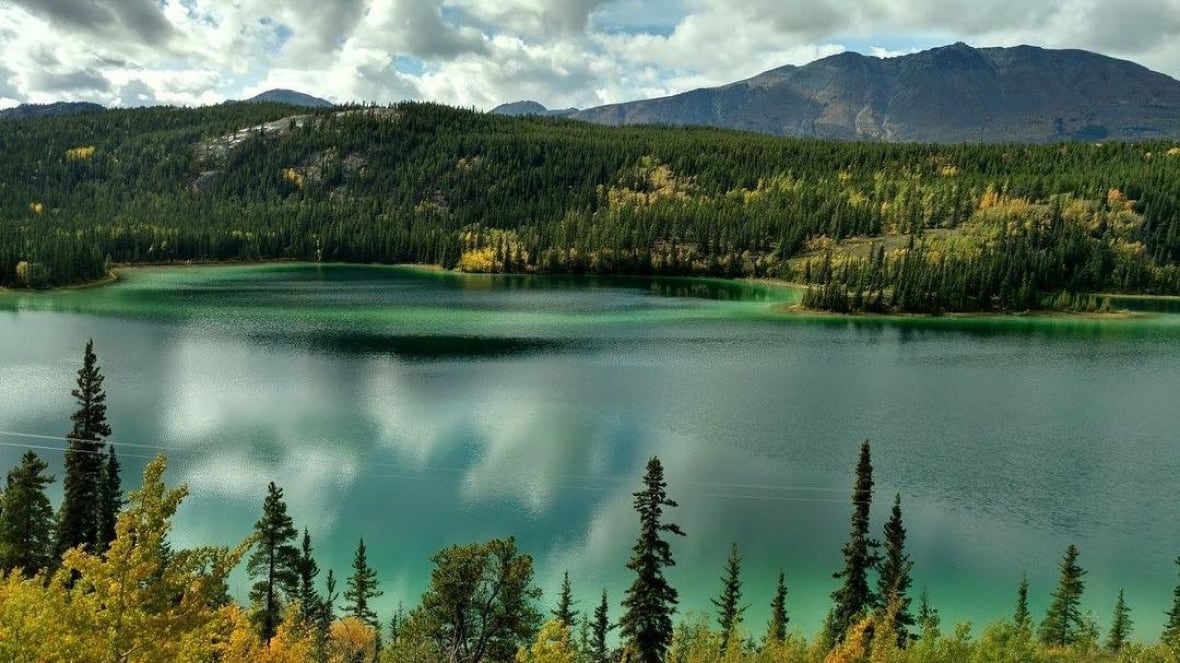 Getting there: Heading out from Whitehorse, in just under an hour’s drive via Klondike Highway, you can set your eyes and camera lens on the sparkling gem known as Emerald Lake.

What’s to love: In the southern part of the territory lies an intensely green lake that you have to see to believe. This particular shade of green is created thanks to light reflecting off of white deposits of marl (a mixture of clay and calcium carbonate), which sits in the bottom of said body of shallow water. Deposited in the lake 14,000 years ago, the calcium carbonate comes from limestone that eroded from the nearby mountains. Be prepared for an influx of Insta likes. 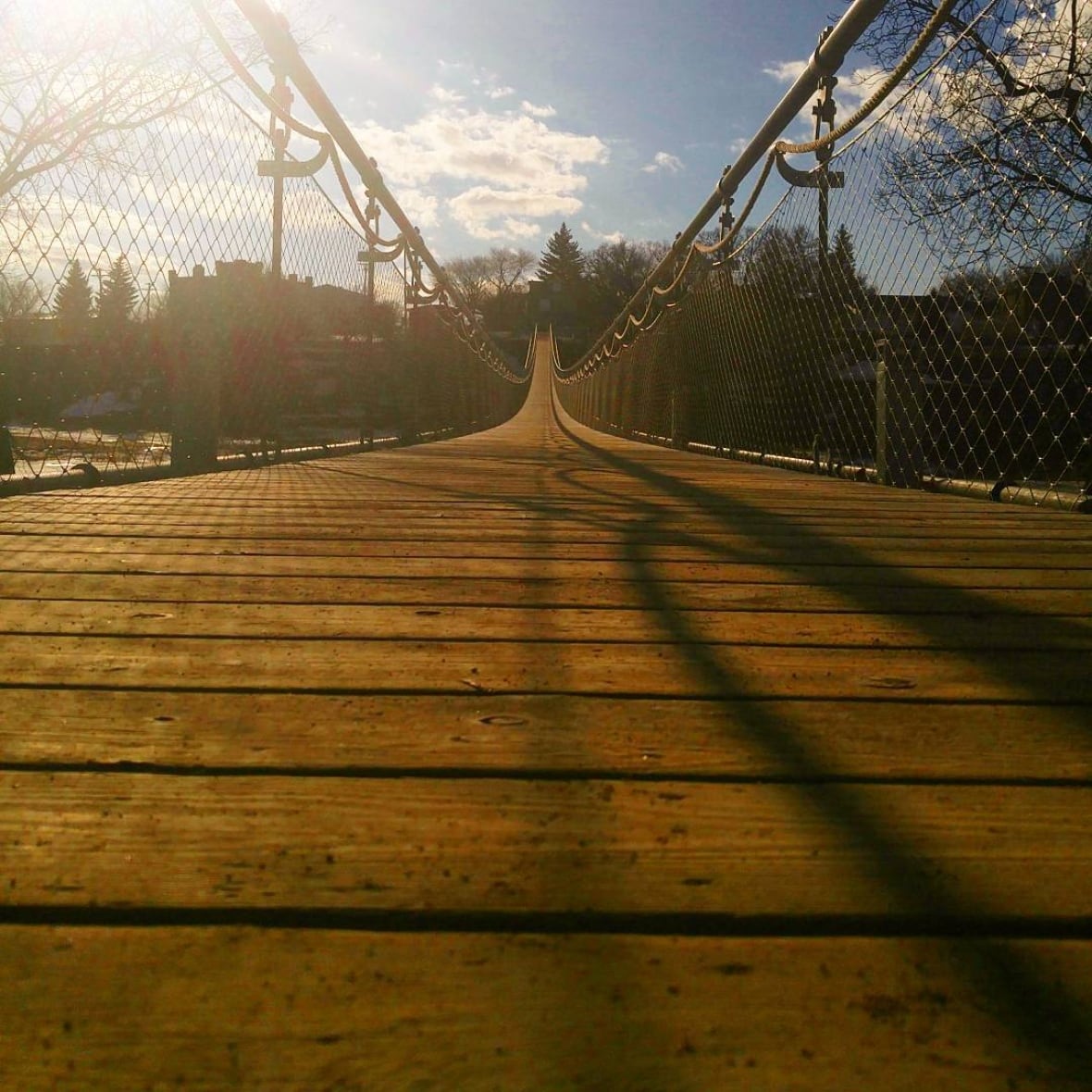 Getting there: The next time you’re gallivanting around Manitoba, make sure to pencil in the three hour drive from Winnipeg to Souris to see the Souris Swinging Bridge.

What’s to love: Canada’s longest, historic, suspension bridge comes in at a whopping 604 feet long, and was actually built for private citizen Squire W.H. Sowden back in 1904 so he would have more convenient access to his farmland. Now a major attraction in the town, the bridge was rebuilt in 2013, to the tune of $4.5 million. It still reflects the original design and lights up at night for a romantic take on this 110-year-old landmark. 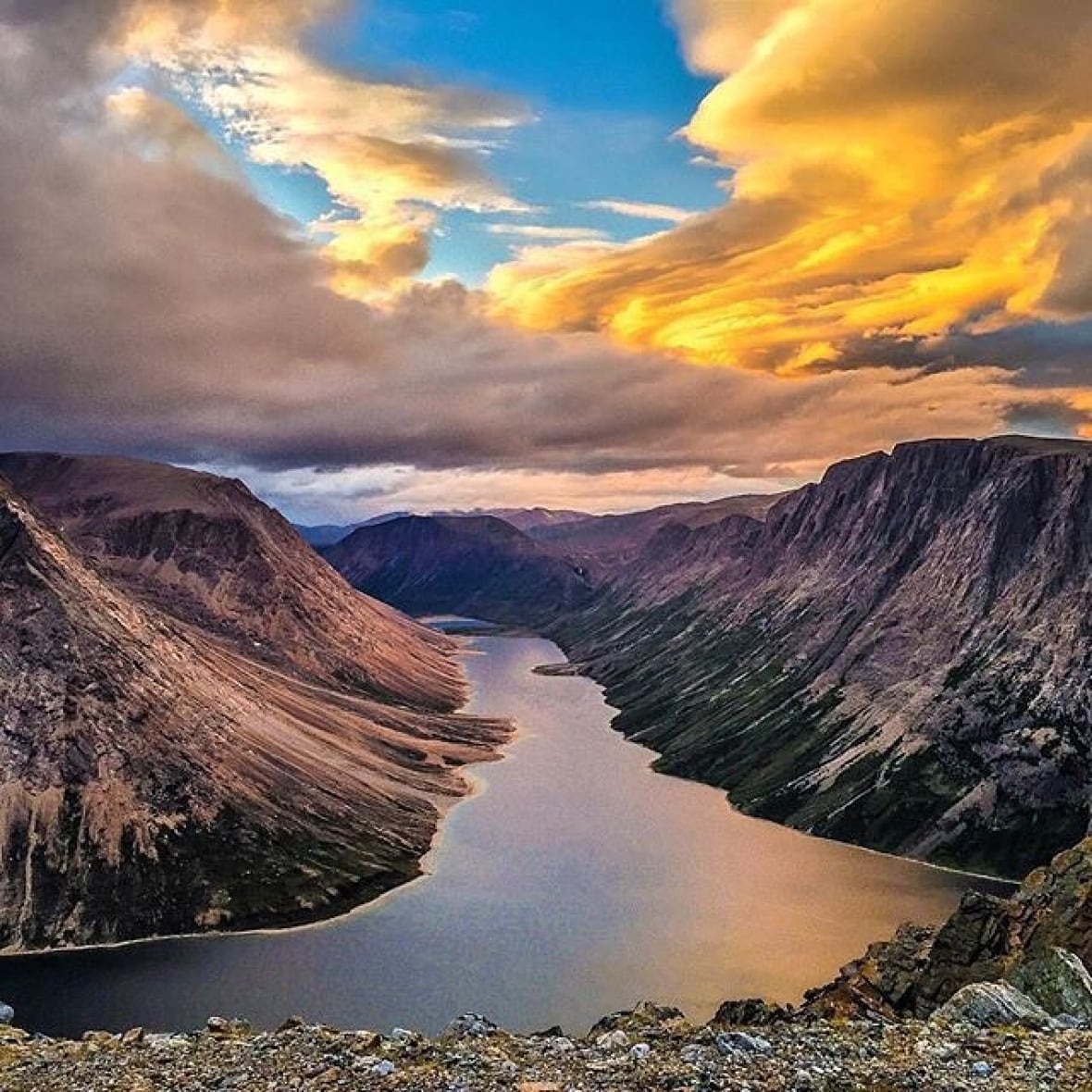 Getting there:The Torngat Mountains, straddling Northern Quebec and Newfoundland & Labrador, are meant for only the most serious, outdoorsy Canadians. First off, there are no roads to get into the park. However, in the summer months, you can hop on a charter flight from Happy Valley-Goose Bay to Saglek airstrip on the southern most tip of the park. Second, all trips into the Torngats must be arranged through the Base Camp and Research Station.

What’s to love: The glorious green mountains look like they are straight from a Lord of the Rings movie, with mind-blowing jagged peaks, waterfalls and pristine lakes. Home to caribou and polar bears (the online pdf from the research station comes complete with eight pages on polar bear safety tips! Eeks!), Torngat is considered some of the oldest rock on the planet and the mountains are Inuit homeland, steeped in tradition, spirits and powerful tales. 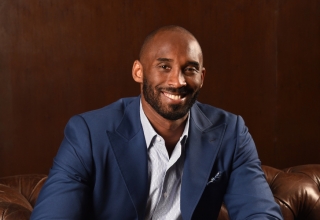 The 41-year-old NBA legend died in a helicopter crash under foggy conditions in Calabasas, …