Relatives of the Iraqi contestant in the Miss Universe Pageant were forced to flee the Middle Eastern country over photos with her Israeli counterpart and Miss Iraq’s modeling in a bikini, Miss Israel told Hadashot news Wednesday.

“The two of those things together caused a mess for her back home where people made threats against her and her family that if she didn’t return home and take down the photos, they would remove her (Miss Iraq) title, that they would kill her,” Adar Gandelsman told Israeli TV.

“Out of fear, they left Iraq at least until the situation calms down,” the Miss Universe Israel contestant added, referring to the family of Miss Iraq, Sarah Idan, who now lives in the US.

Gandelsman, who said she has been in contact with Idan since the competition, relayed that her friend does not regret the decision to post the photos.

“She did it to so that people can understand that it’s possible to live together,” she said.

Idan went on to apologize “to all those who consider [the picture] harmful to the Palestinian cause.”

Idan explained that Gandelsman initiated the photo, saying she hoped there would be peace between Jews and Muslims and that neither side would have to send their children to the military.

Some on Arab social media raged against her decision to be photographed with an Israeli, and the comments on her Instagram post were filled with curses at her for ostensibly hurting the Palestinian cause.

Both Gandelsman and Idan published the joint selfie photos on their Instagram pages while participating in the Miss Universe International Beauty Pageant, in an unusual display of coexistence emanating from a divided Middle East. 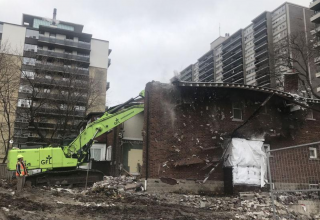