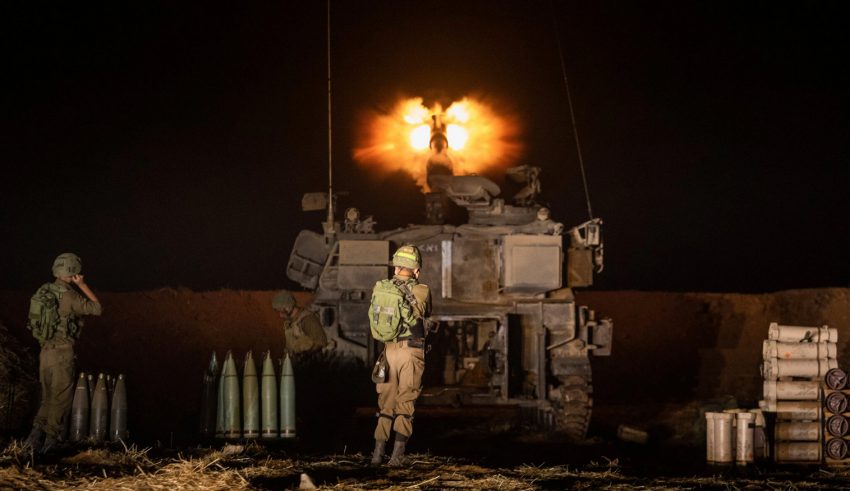 Death toll in Gaza rises to 113, health authorities say, as Israel boosts troops and tanks near the besieged Palestinian enclave.

Israel continued on Friday to bombard Gaza Strip with air strikes and artillery shells, ignoring international calls for calm, as it stepped up the deployment of troops and tanks near the besieged Palestinian enclave.

Israeli ground forces carried out attacks on the Gaza Strip early Friday in an escalation of a conflict with Palestinian militants that had been waged by airstrikes from Israel and rockets from Gaza.

It was not immediately clear if the attack was the prelude to a ground invasion against Hamas, the Islamist militant group that controls Gaza.

An Israeli military spokesman, Lt. Col. Jonathan Conricus, initially said that “there are ground troops attacking in Gaza,” but later clarified that Israeli troops had not entered Gaza, suggesting the possibility of artillery fire from the outside. He provided no further details.

At least six Israelis and one Indian national have also been killed. The Israeli army said hundreds of rockets have been fired from Gaza towards various locations in Israel and they have added reinforcements near the enclave’s eastern lands.

There have also been more violent confrontations between Jewish Israelis and Palestinian citizens of Israel in several cities inside Israel.

In another potential escalation, at least three rockets were fired from southern Lebanon towards Israel.