OTTAWA – One of the first things Julie Payette will do after being installed as the Queen’s representative in Canada is to open an Instagram account.

Her predecessor, David Johnston, never had one. But officials from Heritage Canada say Payette will add to the Governor General’s social media arsenal after taking the oath of office.

Payette’s embrace of social media appears to be in step with Buckingham Palace, which posted a job advertisement for a social media manager earlier this year as the number of people following the Queen on Twitter was heading toward the three million mark. It has since surpassed that.

The 53-year-old Payette has become one of the youngest Canadians to take on the title of Governor General, replacing Johnston, 76, in the mostly ceremonial role.

Payette will be the 29th person installed in the office in a largely traditional ceremony on Parliament Hill, under the watchful eyes of parliamentarians, former prime ministers, Supreme Court judges, about 400 invited guests and countless others viewing on television or online.

Michaelle Jean, who was 48 when she was appointed to the vice regal post, won’t be in attendance, officials said.

But other dignitaries, including former governor general, Adrienne Clarkson, have confirmed they will attend.

While much of how the ceremony plays out is dictated by traditional protocol, bits and pieces of it are influenced by Payette, including the music.

The JUNO Award-winning Tafelmusik Baroque Orchestra and Choir, of which Payette was a performing member, will play Mozart’s Divertimento after Prime Minister Justin Trudeau delivers his speech.

Payette, a Montreal-born astronaut, engineer and businesswoman, will be accompanied by her 14-year-old son, Laurier Payette Flynn, as she arrives on Parliament Hill. Her parents and sister and brother will be among the invited guests who will feel the rumble of a 21-gun salute once Payette signs the oath book and stands in front of the Senate throne.

Following the ceremony, Payette, her son and other dignitaries will head to the National War Memorial where the new Governor General will lay flowers on the Tomb of the Unknown Soldier.

Payette had her first audience with the Queen less than two weeks ago, at Balmoral Castle in Scotland, where she received several honours, including the Extraordinary Companion of the Order of Canada.

In his parting statement, issued Friday, Johnston thanked Canadians for the privilege of serving them.

“It has been a great honour to serve as Canada’s 28th Governor General, to represent Her Majesty The Queen in this important role within our constitutional monarchy and to give back to this country I love so much,” the former academic said. 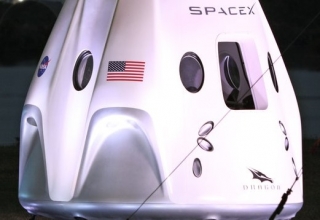