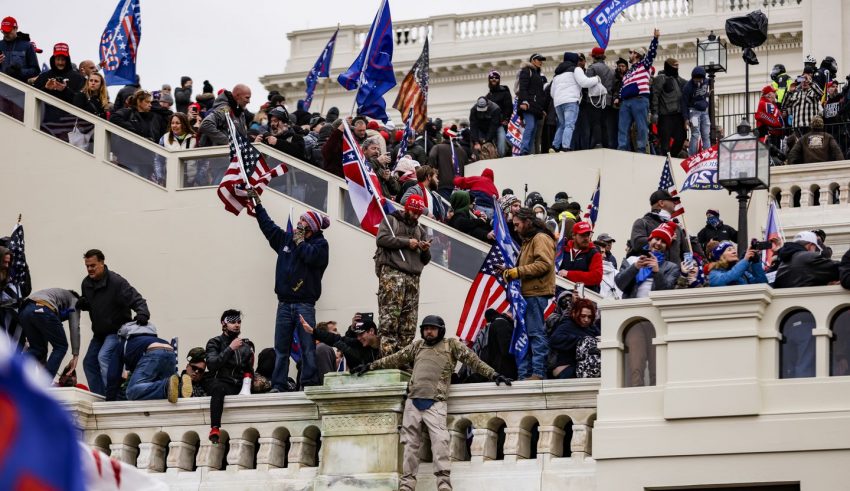 Canadian Prime Minister Justin Trudeau has described the violence unleashed by supporters of outgoing US President Donald Trump in Washington on Wednesday as “an attack on democracy”.

As the events in Washington, DC unfolded, Trudeau tweeted, “Canadians are deeply disturbed and saddened by the attack on democracy in the United States, our closest ally and neighbour. Violence will never succeed in overruling the will of the people. Democracy in the US must be upheld – and it will be.”

His views were echoed by Canada’s foreign minister Francois-Philippe Champagne, who tweeted, “Canada is deeply shocked by the situation in Washington, DC. The peaceful transition of power is fundamental to democracy – it must continue and it will. We are following developments closely and our thoughts are with the American people.”

The statements from Canadian leaders came even as small pro-Trump protests also took place in several cities in the country. A convoy of vehicles driven by those describing themselves as “Canadians for President Trump” drove past the US consulate in Toronto.

About a dozen vehicles participated, according to Global News, and they carried “Stop the Steal” flags, reflecting the accusations by Trump that the 2020 election had been lost due to electoral manipulation by supporters of his Democratic Party rival, Joe Biden.

NAFTA talks are resuming at the decision-maker level sooner than expected, with Canada’s foreign …