At least 59 people have been killed and more than 400 were transported to hospital after a gunman opened fire on crowds at a music festival in Las Vegas in the worst mass shooting in US history.

Two revellers at the Route 91 festival said they initially heard a noise “like firecrackers”, but it became apparent a shooter was unloading “clip after clip” into the crowd, discharging hundreds of bullets using an automatic weapon.

One man insisted there were “multiple shooters” involved, but police later ruled this out identifying the “lone wolf” suspect as 64-year-old white male Stephen Paddock from Nevada.

Las Vegas Sheriff Joseph Lombardo said Paddock was neutralised in a hotel room on the 32nd floor of the Mandalay Bay Hotel. He told a press conference around 10 rifles had been found in the room and a search was also due to take place shortly at his home address. 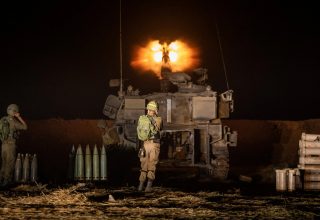