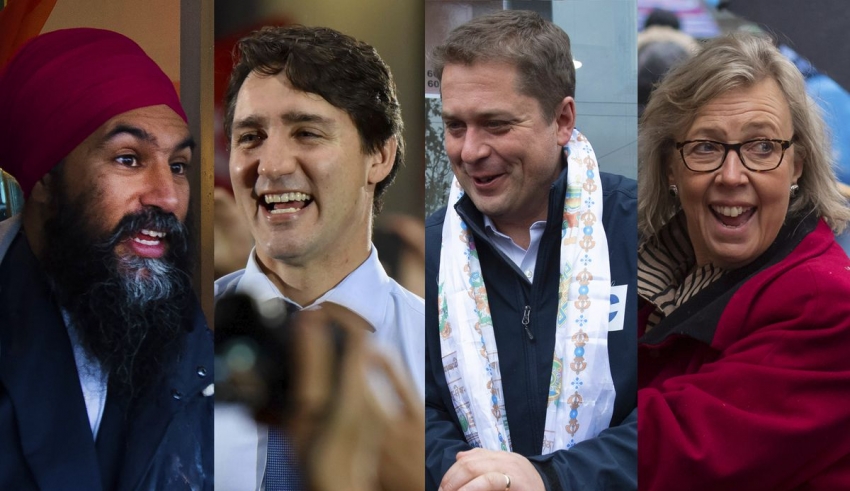 Major federal party leaders wrapped up their last day of campaigning in the key battleground province of British Columbia on Sunday, as voters prepare to cast their ballots after a deeply divisive election.

The Liberals and Conservatives still appear deadlocked in support according to polling by Nanos Research released Sunday, the 40th day of a political race that has produced no clear front-runner.

Among the biggest developments in this 43rd general election campaign, where Liberal Leader Justin Trudeau was forced to confront a history of wearing racist makeup, and Conservative Leader Andrew Scheer was discovered to have kept quiet about holding American citizenship, were the resurgence of support in polls for both the New Democratic Party under Leader Jagmeet Singh and the separatist Bloc Québécois under chief Yves-François Blanchet.

Speaking to supporters in Port Moody, B.C., Mr. Trudeau called on voters to unite behind the Liberals, particularly in his home province of Quebec, by raising the spectre of separatism should the Bloc Québécois have a large haul of seats. The gains in support for the Bloc threaten the opportunities in Quebec for their political rivals.