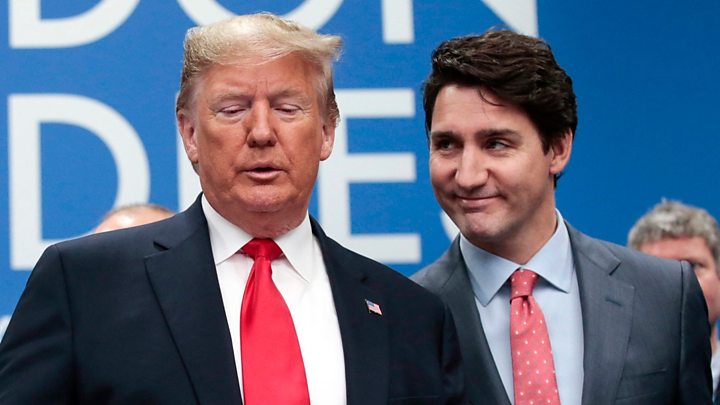 US President Donald Trump has called Justin Trudeau “two-faced” over a video in which the Canadian leader appears to mock him at a meeting of Nato leaders.

Mr Trump cancelled a press conference planned for after the summit.

At the start of the footage, Mr Johnson asked Mr Macron: “Is that why you were late?”

Mr Trudeau then interjects: “He was late because he takes a 40-minute press conference off the top.”

Mr Macron then appears to tell an anecdote, but his words are drowned out by background noise. An amused Mr Trudeau then replies: “Oh yeah, yeah, he announced… [inaudible]. You just watched his team’s jaw drop to the floor.”

None of them appeared to realise they were being recorded.

In response, Mr Trump said of Mr Trudeau: “He’s two-faced… I find him to be a nice guy, but the truth is I called him out on the fact that he’s not paying 2% [of national GDP towards defence] and I guess he’s not very happy about it.

Mr Trudeau later told reporters that they hadn’t been laughing about Mr Trump’s press conference, but about the location of the next G7 summit – Camp David, the US presidential country retreat.

“I have a very good relationship with Trump,” he added. 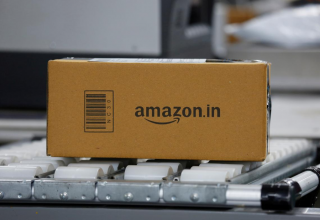