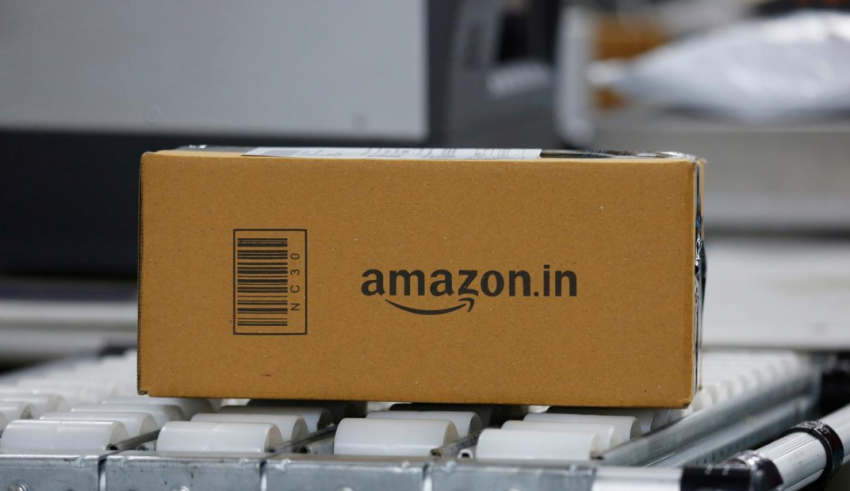 A shipment moves on a conveyor belt at an Amazon Fulfillment Centre (BLR7) on the outskirts of Bengaluru, India

NEW DELHI/MUMBAI (Reuters) – India’s revised e-commerce rules caused widespread disruption on Amazon’s India website when they kicked in on Friday, forcing the company to take down its key grocery service and remove a wide range of products such as sunglasses and floor cleaners.

The products began to disappear from Amazon India late on Thursday as it began complying with the regulations before a midnight deadline, two sources with direct knowledge of the matter told Reuters.

In December, India modified foreign direct investment rules for its burgeoning e-commerce sector, which has drawn major bets from not only Amazon.com but also the likes of Walmart Inc, which last year bought a majority stake in homegrown e-commerce player Flipkart.

India’s new e-commerce investment rules bar online retailers from selling products via vendors in which they have an equity interest, and also from making deals with sellers to sell exclusively on their platforms.

Numerous items sold by Amazon vendors such as Cloudtail, in which Amazon holds an indirect equity stake, were no longer available on its India site. Amazon Pantry, a grocery service primarily managed by company affiliates, was also discontinued, though grocery products could be purchased individually.

“Pantry is completely empty, how I am suppose to grocery shop,” Twitter user Pamela wrote on the social network. “Whatever government rules are, (I) don’t care, you guys fix it, I need to shop.”

Amazon, which saw record sales and profit during the holiday season, has forecast first-quarter sales below Wall Street estimates due to the uncertainty in India – one of its key growth markets.

The situation in India is “a bit fluid right now,” but the country remains a good long-term opportunity, Amazon Chief Financial Officer Brian Olsavsky said. The company’s main goal was to minimize the impact of the new rules on customers and sellers, he added.

Flipkart CEO Kalyan Krishnamurthy warned last month that it faced “significant customer disruption” if the new rules were implemented from Feb. 1. On Friday, the company said it was disappointed the government acted in “haste”, but assured compliance.

“We are committed to doing everything we can to be compliant with the new rules,” Flipkart India executive Rajneesh Kumar said in a statement, without explaining how the website was impacted.

The new policy was announced after complaints from small Indian traders who said the e-commerce giants used their control over inventory from affiliated vendors to create an unfair marketplace where they could offer discounts. Such arrangements will now be barred.

Both Amazon and Walmart unsuccessfully lobbied against the latest rules and pushed for a delay in their implementation. The U.S. government too urged India to protect the investments of the two retailers, Reuters reported last week.

But Indian Prime Minister Narendra Modi’s administration stood firm as the move was widely seen as one to appease small traders in the run-up to a general election due by May.

“The company has no choice as they are fulfilling a compliance requirement, the customers will suffer,” said one of the sources. “It is very upsetting for foreign investors.”

Both companies have bet heavily on India being a big growth driver: Amazon has committed to investing $5.5 billion there, while Walmart last year spent $16 billion on Flipkart.

Amazon’s own range of Presto-branded home cleaning goods and other Amazon Basics products such as chargers and batteries vanished from its website late on Thursday.

Clothing from Indian department store chain Shopper’s Stop was also no longer available, as Amazon owns 5 percent of the company.

The Confederation of All India Traders (CAIT), which supported tougher scrutiny of large e-commerce players, said the removal of products by Amazon was a step in the “right direction”.

Exclusive deals with sellers, in compliance with the revised rules, will also be discontinued on Amazon India, the two sources said.

It was unclear how long the disruption will last. On Friday, Amazon’s own range of Echo smart speakers, which were earlier removed as they were sold by a company affiliate, returned for sale via other sellers on the platform.

However, buyers would now need to wait for up to 36 days to get some of the speakers delivered even under Amazon’s fast-delivery Prime service, which often delivers goods in a day or two.