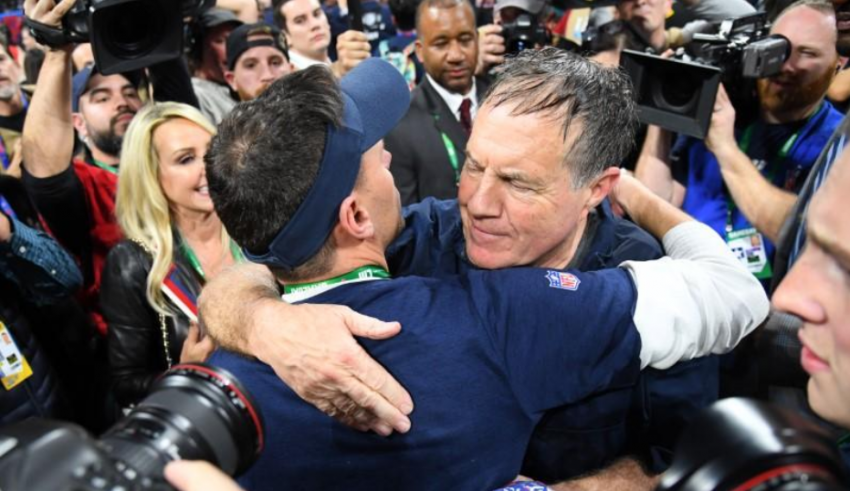 ATLANTA (Reuters) – Sean McVay may have been credited with changing the way NFL teams play with the ball, but the Los Angeles Rams coach and his high-octane offense were given a lesson by defensive master Bill Belichick in the Super Bowl on Sunday.

Belichick’s New England Patriots shut down McVay’s team on Sunday, keeping them scoreless in the first half, to complete a 13-3 victory in Atlanta and the second-year coach admitted he had few answers to the veteran’s defensive scheme.

“There is no other way to say it, but I got out coached,” the 33-year-old McVay said.

It was far different from how the regular season had panned out, where led by quarterback Jared Goff, the Rams led the NFC in scoring.

They were, however, held scoreless in the first half on Sunday as they failed to convert a third down and had only two first downs.

In the second half, they had 12 first downs, but were unable to sustain any sort of momentum and could only muster a 53-yard field goal late in the third quarter, their only points of the game.

The last and best chance for the Rams to score a touchdown came late in the fourth quarter.

With the Patriots up 10-3, Goff had the Rams on the move, but on second-and-10 at the Patriots 27, Goff’s pass to Brandin Cooks landed in the arms of corner back Stephon Gilmore, ending the Rams’ drive.

“It’s disappointing. All of the hard work you put in and you get here and you don’t capitalize,” said Cooks, who finished the game with 120 yards on eight catches.

The Rams defense, however, lived up to their end of the bargain, making the Patriots offense look just as pedestrian for most of the game, keeping New England out of the end zone until midway through the fourth quarter.

“In my mind, we were supposed to win this game, but we didn’t,” said Los Angeles Rams defensive tackle Aaron Donald, who captured his second consecutive Defensive Player of the Year on Saturday.

“They made more plays than we did. It sucks.”

Goff said it was the toughest loss he has ever had and like his coach the 24-year-old credited the Patriots for putting together a game plan that threw the Rams’ offense out of sync throughout the game.

“They did a great job, obviously, defensively and made it tough on us all night,” Goff said. 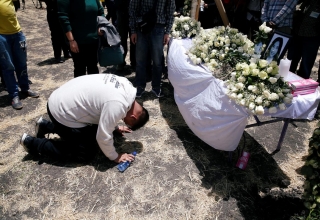