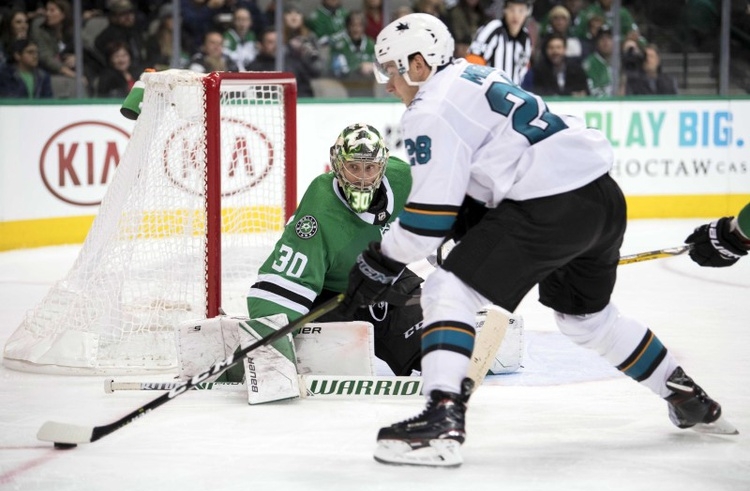 British Columbia, CAN; San Jose Sharks forward Evander Kane (9) celebrates his goal against the Vancouver Canucks in the first period during a game at Rogers Arena. Mandatory

Kane now has five goals in his past three games and 15 goals in 16 games since Jan. 1. Tomas Hertl, Joe Pavelski and Melker Karlsson each provided a goal and an assist for San Jose. Timo Meier and Kevin Labanc also tallied for the Sharks.

Bo Horvat and Derrick Pouliot scored for the Canucks. Vancouver goalie Mikey DiPietro, 19, stopped 17 of 24 in his NHL debut.

Sidney Crosby had one goal and two assists while Nick Bjugstad, Jake Guentzel, and Kris Letang each scored one goal to lift Pittsburgh to a win at Philadelphia.

Jake Voracek scored for the Flyers, who had won nine of 10 games coming in with a 10-game streak of securing points. Philadelphia goaltender Carter Hart made 24 saves and had a personal eight-game winning streak broken.

The Capitals completed a 4-1-1 homestand while the Kings closed out a 3-2-1 road trip. Brett Connelly, Christian Djoos and Jakub Vrana also scored for Washington. Los Angeles got two tallies from Austin Wagner and one apiece from Tyler Toffoli and Oscar Fantenberg.