A proposed attraction at Prairieland Park could one day give visitors to the Saskatoon Exhibition a birds-eye view of the city.

A report going to a Saskatoon city committee Monday seeks approval for a permanent skyride chairlift, similar to lifts seen at ski hills.

“It’s really a nice, scenic ride,” Prairieland CEO Mark Regier, who said similar rides are set up at the Canadian National Exhibition in Toronto and the Calgary Stampede, said.

A brand new skyride would cost approximately $1.5 million, according to Regier.

“That’s a little out of our league for a market our size,” he said.

A more cost-effective solution may be found in London, Ont., where a used, six-year-old unit could be purchased for far less.

Prairieland Park is also seeking approval to construct a 6,100 square-metre hall as an addition to the facility’s existing trade and convention centre.

The lease agreement between the city and the Saskatoon Prairieland Park Corporation requires council to approve additional developments on the property.

In a separate matter on Monday, council will revisit the city’s Fire Protective Services bylaw as it pertains to open-air fire pits.

“The Saskatoon Fire Department has not encountered a fire safety problem associated with the use of open-air fires on private property,” according to the report.

The document notes some young children and older adults are susceptible to negative health effects from smoke.

Council could vote to limit fire pit use to certain times, require permits or be banned all together.

Committee members can also decide to not change the bylaw. 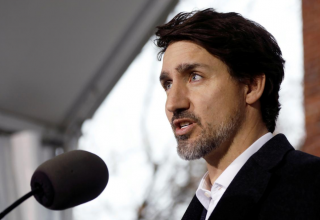