On September 19, 2017, President Trump addressed the terrorism and said in the UN General Assembly, “The United States has great strength and patience, but if it is forced to defend itself or its allies, we will have no choice but to totally destroy North Korea.

It is time for all nations to work together to isolate the Kim regime until it ceases its hostile behavior. We face this decision not only in North Korea. It is far past time for the nations of the world to confront another reckless regime. One that speaks openly of mass murder, vowing death to America, destruction to Israel and ruin for many leaders and nations in this room. The Iranian government masks a corrupt dictatorship behind the false guise of a democracy. It has turned a wealthy country with a rich history and culture into an economically depleted rogue state whose chief exports are violence, bloodshed and chaos. The longest-suffering victims of Iran’s leaders are in fact its own people.

Rather than use its resources to improve Iranian lives, its oil profits go to fund Hezbollah and other terrorists that kill innocent Muslims and attack their peaceful Arab and Israeli neighbors. This wealth, which rightly belongs to Iran’s people, also goes to shore up Bashar al-Assad’s dictatorship, fuel Yemen’s civil war and undermine peace throughout the entire Middle East.

We cannot let a murderous regime continue these destabilizing activities while building dangerous missiles, and we cannot abide by an agreement if it provides cover for the eventual construction of a nuclear program.

We will stop radical Islamic terrorism because we cannot allow it to tear up our nation and indeed to tear up the entire world.

Last month, I announced a new strategy for victory in the fight against this evil in Afghanistan. From now on, our security interests will dictate the length and scope of military operations, not arbitrary benchmarks and timetables set up by politicians.

I have also totally changed the rules of engagement in our fight against the Taliban and other terrorist groups.

The United States is a compassionate nation and has spent billions and billions of dollars in helping to support this effort. We seek an approach to refugee resettlement that is designed to help these horribly treated people and which enables their eventual return to their home countries, to be part of the rebuilding process.

For the cost of resettling one refugee in the United States, we can assist more than 10 in their home region. Out of the goodness of our hearts, we offer financial assistance to hosting countries in the region, and we support recent agreements of the G20 nations that will seek to host refugees as close to their home countries as possible. “ 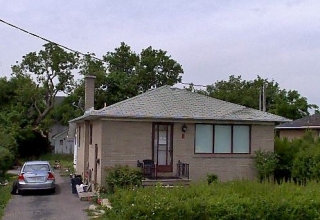 Canadians want to own homes, but the lack of supply is causing a crisis …