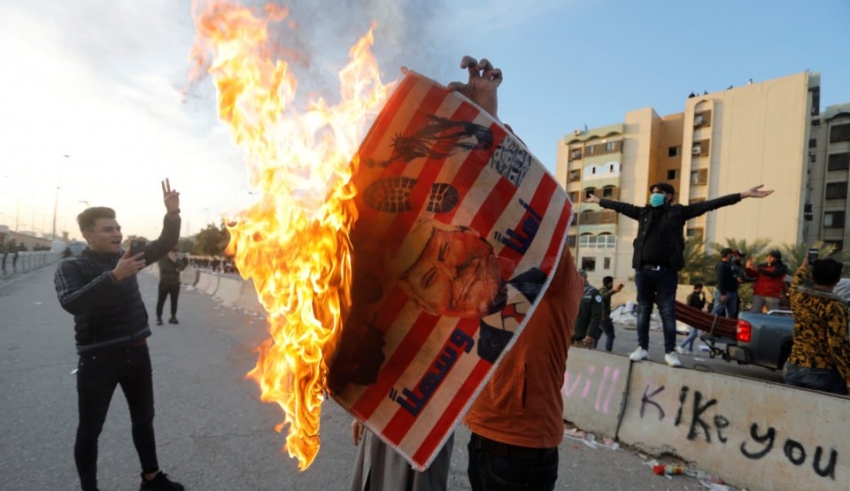 A protester holds a placard with U.S. President Donald Trump illustration burning outside the U.S. Embassy during a protest to condemn air strikes on bases belonging to Hashd al-Shaabi (paramilitary forces), in Baghdad, Iraq January 1, 2020.

Supporters of Iranian-backed Iraqi paramilitary groups who stormed the U.S. Embassy’s perimeter and hurled rocks in two days of protests withdrew on Wednesday after Washington dispatched extra troops and threatened reprisals against Tehran.

The demonstrators, angry at U.S. air strikes against the Tehran-backed Kataib Hezbollah group in which at least 25 people were killed, threw stones at the building while U.S. forces stationed on the rooftops fired tear gas to disperse them.

By mid-afternoon, most appeared to have obeyed a call to withdraw, issued by the Popular Mobilization Forces (PMF) umbrella group of mainly Shi’ite militia, which said the demonstrators’ message had been heard.

Young men used palm tree branches to sweep the street in front of the embassy compound. Others packed up equipment and vans arrived to take people away. Some left to set up a protest camp in front of a nearby hotel.