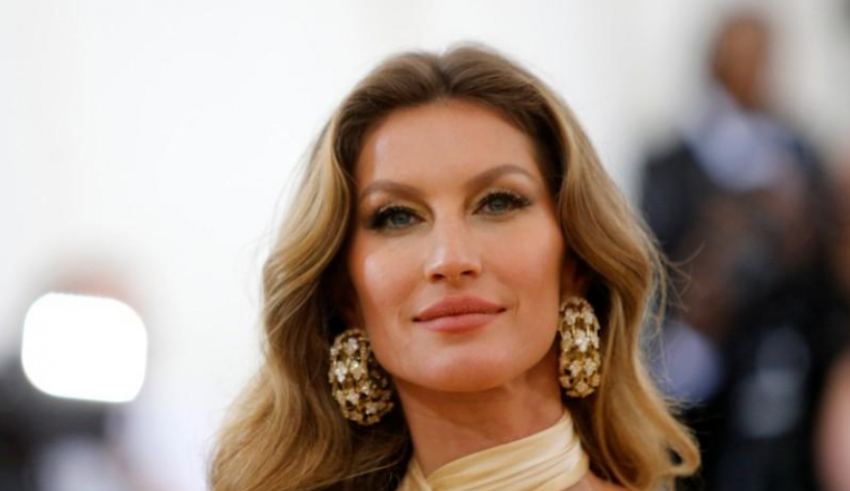 Model Gisele Bundchen arrives at the Metropolitan Museum of Art Costume Institute Gala (Met Gala) to celebrate the opening of “Heavenly Bodies: Fashion and the Catholic Imagination” in the Manhattan borough of New York, U.S.

The Brazilian model replied to criticism from Agriculture Minister Tereza Cristina Dias by arguing that despite the existence of preserved areas, deforestation in the Amazon rainforest is on the rise.

The letter, seen by Reuters on Thursday, challenged Dias to show progress toward sustainability, saying, “I will be very happy to announce positive actions that are taken in this direction.”

Dias had criticized Bundchen on a radio program on Monday for “saying bad things about Brazil without knowledge of the facts,” and calling the country a deforester. Dias said the model should instead be highlighting achievements in preservation.

Bundchen, who is married to American football star Tom Brady, responded on Twitter on Wednesday but did not name Dias or the Agriculture Ministry. She had been involved in environmental causes since 2006 and was always looking for more knowledge through “reading and contact with scientists, researchers, farmers, cooperative and environmental organizations,” she tweeted.

In her letter, Bundchen countered Dias’ argument that Brazil has preserved two-thirds of its native vegetation, citing government data showing Amazon deforestation is on the rise. Amazon deforestation shot up 13.7 percent in the 12 months through July 2018, to the highest point in a decade.

Dias had said people propagating a false image of Brazil abroad were “bad Brazilians,” but Bundchen said the illegal deforesters are the real bad Brazilians.

Activists are concerned that Bolsonaro, the country’s new right-wing president who took office this month, will favor business and farm interests over existing environmental protections.

Bolsonaro has suggested Brazil could exit the Paris Agreement on climate change and one of his first moves as president was to transfer powers from the Environment Ministry to the Agriculture Ministry and other agencies.

The Amazon, the world’s largest tropical rainforest, absorbs vast amounts of greenhouse gas and its preservation is seen as vital to the fight against climate change.

“I see the preservation of nature not only as a legal environmental duty, but also a way to ensure water, biodiversity and climate conditions essential for agricultural production,” Bundchen wrote.