Prime Minister Justin Trudeau told reporters in Ottawa that he will leave the decision to update Canada's travel advisory to China up to officials and experts in his government.

The case of a third Canadian recently taken into custody in China does not appear to be related to the detention of two other Canadians being held by the Asian superpower, Prime Minister Justin Trudeau said today.

Trudeau made the remarks in his year-end news conference after officials from Global Affairs Canada confirmed that a third Canadian had been arrested by Chinese officials.

“The others arrested … were accused of serious crimes, problems regarding national security, intelligence, so those cases are more serious,” Trudeau said in French. “We’re currently looking at them.

Global Affairs Canada said it’s providing assistance to the family but declined to provide any details about who the individual is or why they are being detained, citing privacy concerns. The Prime Minister’s Office confirmed that the latest detainee is a woman. A source said the individual was teaching in China when she was detained. 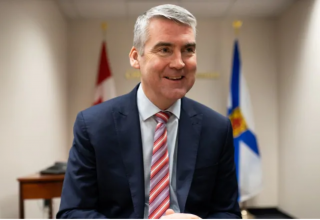