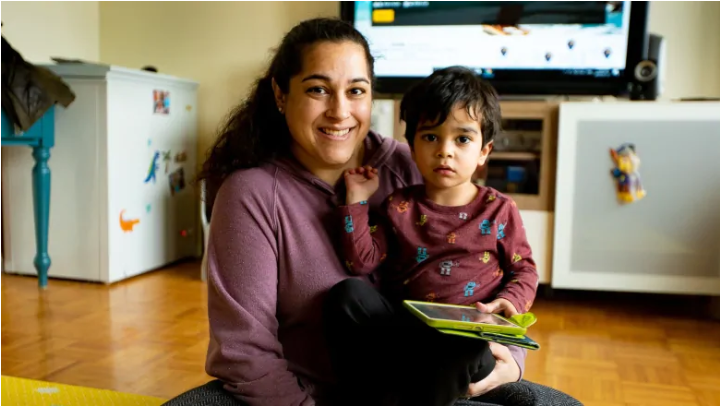 Leila Bast postponed travel plans to Guyana when she was pregnant with her son Wesley out of concern over the Zika virus.

The threat from a virus isn’t gone and shouldn’t be forgotten, doctors say The Zika virus should remain a concern for some Canadians planning winter vacations in sunny climes, doctors say.

Public health officials are reminding travellers to protect themselves because even a single mosquito bite can transmit a host of illnesses, including Zika.

Since the risk of birth defects for those infected with Zika when pregnant is quite high, Khan says he advises pregnant women and couples planning on conceiving to weigh the risks and importance of travel.

Leila Bast of Toronto was planning a family trip to Guyana to celebrate her mother-in-law’s 80th birthday.

“We said, ‘OK, we found some tickets that we were ready to book and then I found out that I was expecting the next day so that changed those plans,” Bast said.

“It’s far easier to not go and not have to worry about it then go and worry about it and then should something happen then feel guilty for the rest of my life.”

Bast recalled that the last time she travelled to Guyana, she ended up with more than 70 mosquito bites in one night, despite sleeping under a bed net.

She was aware that although Zika receded from the headlines, the threat hasn’t fallen to zero.

“Even to bring it up to my doctor, he was quite shocked when I asked him to look into it for me,” she said.

The doctor checked into Zika risks during a break, called Bast back and advised against booking a flight. “It was just reassuring to have him say, ‘Yeah, no, that’s the right decision.’ ”

This was the second time the Basts postponed a trip south. In 2016, at the height of the World Health Organization’s declaration of Zika as a global emergency, Bast was pregnant with her son and cancelled her flight.

Pregnant women bitten by Zika-infected mosquitoes were giving birth to babies with microcephaly — a condition marked by having an unusually small head, which is associated with incomplete brain development.

A total of 45 pregnant women in Canada were infected since 2015 during travel or sexual transmission from an infected partner. As many as five gave birth to infants with congenital Zika syndrome, which includes brain abnormalities, vision problems, hearing loss and problems moving limbs.

The Public Health Agency of Canada now recommends men wait three months before trying for a pregnancy and for  male travellers with a pregnant partner to refrain from unprotected sex for the duration of the pregnancy.

India, Mexico and the Caribbean, for example, are places frequently visited by Canadians where pregnant women need to be aware that Zika is active, said Khan. He’s also the founder and CEO of BlueDot, a company that tracks how germs spread amid global travel.

Mexico was the second most-visited country by Canadian residents in 2016, after the United States.

Further south, the Caribbean, Central America and South America are also on the WHO’s list.

“When you’ve got a population that has a lot of immunity it really starts to halt the transmission,” Khan said.

“We just have low-level, sporadic transmission that’s occurring throughout much of Latin America.”

Statistics Canada said Florida remained the most popular U.S. destination for overnight travel in 2017. While the state reported cases of Zika virus infection transmitted locally by mosquitoes in 2016 and 2017, the continental U.S. is now considered low risk for Zika transmission.

Other mosquito-borne illnesses travellers should keep in mind include malaria, yellow fever and dengue.

“There are many infections that can be transmitted by mosquitoes through other mechanisms,” said Dr. Isaac Bogoch, an infectious disease physician at Toronto General Hospital.

“I think these are very good conversations to have with a health-care provider because there’s really no one-size-fits-all solution to everybody’s travel plans.”