“The prime minister and the president had a very positive, productive meeting and it lasted longer than originally scheduled,”​ a senior government official, speaking on background, told reporters assembled at the G7 summit Friday.

“They did discuss NAFTA at length and they discussed the future of NAFTA, and I would say they also talked about accelerating the talks.”

The reportedly positive tone of the leaders’ one-on-one meeting stood in stark contrast to a week of increasingly testy public statements by Trump, following Canada’s announcement last week that it would impose $16.6 billion in tariffs against U.S. products on July 1 in retaliation for U.S. tariffs on Canadian steel and aluminum.

“We had a very positive meeting a little while ago on NAFTA. So this is turning out to be an interesting day. But we had a very, very good meeting on NAFTA with Justin and his representatives,” Trump said. 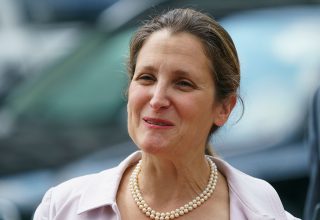 The Government of Canada is taking immediate, significant, and decisive action to support Canadians …