Canadian Prime Minister Justin Trudeau places his hand on his chest as he greets the crowd upon arrival to attend the Association of Southeast Asian Nations (ASEAN) Summit and related meetings in Clark, Pampanga, northern Philippines November 12, 2017. REUTERS/Erik De Castro

Prime Minister Justin Trudeau is promising a fundamental rethink of how the federal government recognizes Indigenous rights and title, vowing to work with Indigenous partners to develop a new legal framework to better foster a spirit of self governance.

In a 15-minute speech in the House of Commons — an address short on concrete details — Trudeau said he wants to give new life to Section 35 of the Constitution Act, 1982, which recognizes and affirms Aboriginal and treaty rights.

Trudeau said governments have ignored these rights entirely for too long, leaving it to the courts to define them.

“Instead of outright recognizing and affirming Indigenous rights, as we promised we would, Indigenous Peoples were forced to prove, time and time again, through costly and drawn-out court challenges, that their rights existed, must be recognized and implemented,” Trudeau said.

Generally, Aboriginal rights have been interpreted to include a range of cultural, social, political and economic rights, including the right to land, to fish, to hunt, to practice one’s own culture and to establish treaties.

‘We need to get to a place where Indigenous Peoples are in control of their own destiny.’ – Prime Minister Justin Trudeau

Trudeau said a rethink of Aboriginal rights will allow Indigenous peoples to pursue greater self-determination, with the ultimate goal of addressing entrenched economic and social problems in Indigenous communities. 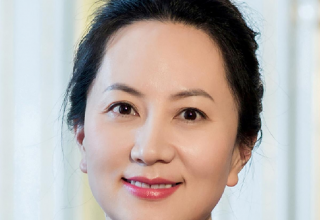