Canadian Prime Minister Justin Trudeau dismissed speculation on Thursday that he would call an early election this fall, a year ahead of schedule, saying his Liberal government remains focused on renegotiating NAFTA and strengthening the economy.

“It has never been in our plans and it is not in our plans. There will be no federal election this fall,” Trudeau told a news conference as he visited the province of Quebec.

Trudeau’s center-left Liberals are facing challenges on trade and immigration and are essentially tied in opinion polls with the right-leaning Conservative opposition.

A prominent Toronto Star columnist, Chantal Hebert, wrote on Monday that Canadians deserved a fall election because the political context has changed so dramatically since Trudeau was elected with a surprise majority three years ago.

Most notably, the Canada-U.S. relationship has soured since Republican President Donald Trump took office in 2017 and sparked the renegotiation of the North American Free Trade Agreement (NAFTA) between Canada, Mexico and the United States. Trump has since imposed tariffs on steel and aluminum imports from Canada and other countries.

The United States is Canada’s largest trading partner, taking some 75 percent of its goods exports.

Trudeau is also under pressure at home, with a dramatic shift in the political leadership of key provinces away from his Liberal party, setting the stage for a heated battle over climate change and carbon pricing.

Trudeau shuffled his cabinet in July, stressing the need to diversify trade away from the United States while leaving key ministers in place. [nL1N1UE0I2]

The Canadian Broadcasting Corp’s poll tracker, an aggregation of the latest federal opinion polls, in July showed the Liberals with 36.4 percent support, the Conservatives with 34.7 percent, and the left-leaning New Democrats with 19.1 percent support. 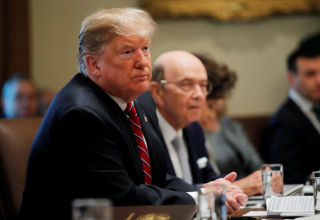