“What we’re trying to do is to be able to repatriate those Canadians who are driving across the border,” Taylor said at the Cowen and Co Global Transportation Conference. “They’ve chosen to make that trip across the border for the lower fares that are being offered.”

WestJet is also looking to attract passengers who do not currently fly because of the price. In April, the company said it would launch the ultra-low cost carrier with an initial fleet of 10 Boeing Co (BA.N) 737-800s planes.

WestJet, which originally planned to kick off service late this year, has delayed the ultra low cost carrier’s launch until next summer.

The new service, modeled on other carriers like U.S.-based Spirit Airlines (SAVE.O), would be “low fare, pay for everything,” and completely separate in name and in its marketing from WestJet’s existing airline, Taylor said.

The new carrier is expected to generate twice the ancillary revenues earned by WestJet in the second quarter. Some airlines charge passengers ancillary fees, above base fares, for items like checking in suitcases and selecting their seat.

WestJet would need to be “relentless in terms of costs,” by using planes configured to hold more passengers and a different reservation system, to make the new carrier work, he said.

“In order to make it profitable and earn the return that we want to get, we have to have absolute lowest costs.”

Analysts have raised concerns that a decision by WestJet pilots to join a union could raise labor costs for the carrier.

WestJet will be going into talks for a new collective agreement in the next few weeks. 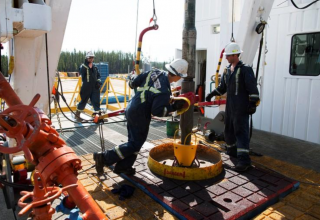