The United States declared the NAFTA countries were nowhere close to a deal, in a statement Thursday designed to douse expectations that an agreement might be just a few minor adjustments away.

It rebuffed an effort from Canadian Prime Minister Justin Trudeau, Foreign Affairs Minister Chrystia Freeland, and several high-ranking staffers who were in the U.S. on Thursday urging a quick deal.

U.S. trade czar Robert Lighthizer rejected the idea that an agreement was within imminent reach. He cited big differences on intellectual property, agriculture, online purchases, energy, labour, rules of origin and other issues.

“The NAFTA countries are nowhere near close to a deal…. There are gaping differences,” Lighthizer said in an evening statement.

“We of course will continue to engage in negotiations, and I look forward to working with my counterparts to secure the best possible deal for American farmers, ranchers, workers, and businesses.”

All three countries agreed that they would keep negotiating beyond Thursday, a date that had been presented as a procedural deadline for getting a deal to the U.S. Congress for a vote this year.

The reason Canada, Mexico and some in the U.S. want a deal wrapped up has to do with creating certainty, in terms of business confidence, and to settle the process before elections in Mexico and the U.S. stall progress until next year. 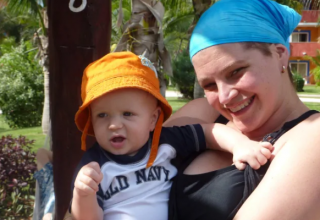 Joanna Rankin says implant ordeal was the worst part of her cancer journey. This …