Canada’s Immigration Minister Ahmed Hussen said his office is considering removing a section of the country’s Immigration Act that advocates say discriminates against people with disabilities.

“All options are on the table,” Hussen said. “We could eliminate it completely.”

Hussen was speaking in Ottawa Wednesday before a parliamentary committee that is reviewing a provision of the act known as excessive demand or 38-1C, which can bar persons with a disability and their family members seeking permanent residency on the grounds they could place a burden on the the country’s publicly-funded health and social service systems.

“All options are on the table,” Hussen said. “We could eliminate it completely.”

Advocates and immigration experts have long decried the excessive demand provision as “unjust” and said it unfairly targets those people with a disability, while also tearing families apart.

Hussen, meanwhile, said his office is considering several options as the federal government looks at changing the law which is estimated to save about $135 million over a five-year period in medical costs and represent just 0.1 per cent of all provincial and territorial health spending.

These changes could include “double or triple” the cost threshold used to deny applicants, changes in the groups exempted from the provision, or redefining the services considered for prospective applicants when deeming them inadmissible, he said. 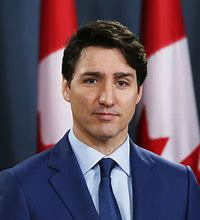