Republicans have raised concern about the US president’s plan to impose tariffs on metals, with the party’s top lawmaker calling for it to be scrapped.

US Speaker of the House Paul Ryan said he was “extremely worried” about the impact of a trade war, adding that it could undermine economic gains.

But Mr Trump pushed back during a White House meeting with Israeli Prime Minister Benjamin Netanyahu.

“We’re not backing down,” he told reporters on Monday.

“I don’t think you’re going to have a trade war,” he said.

White House press secretary Sarah Huckabee Sanders said on Monday that President Trump was “very confident” the US would win any trade war. 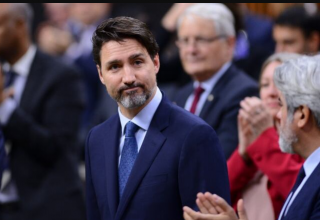