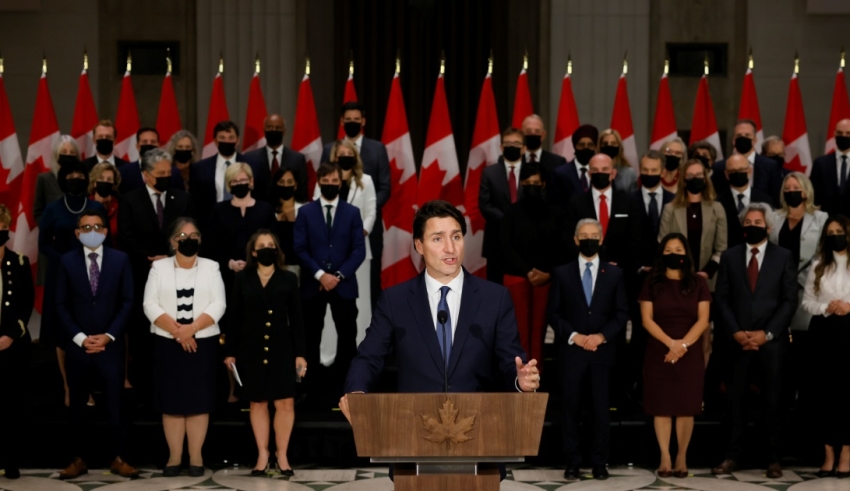 The new Cabinet is appointed as follows:

“Canadians need a strong and diverse Cabinet to deliver on their priorities and keep Canada moving forward for everyone. This team will finish the fight against COVID‑19, deliver on $10-a-day child care, help Canadians find a home of their own, tackle the climate crisis, and continue to advance reconciliation with Indigenous peoples. Together, we will work tirelessly to build a better future for all Canadians.”