Canadians began voting on Monday to determine whether Prime Minister Justin Trudeau, who swept into office four years ago as a charismatic figure promising “sunny ways,” will remain in power after two major scandals.

Polls opened in the Atlantic province of Newfoundland, with voting set to end in the Pacific Coast province of British Columbia at 7 p.m. (0200 GMT on Tuesday).

Trudeau, 47, the Liberal Party leader, was endorsed by former Democratic U.S. President Barack Obama in the final stretch of the campaign and is viewed as one of the last remaining progressive leaders among the world’s major democracies.

But he was shaken during the campaign by a blackface scandal and has been dogged by criticism of his handling of a corruption case involving a major Canadian construction company. Trudeau, the son of former Canadian Prime Minister Pierre Trudeau, has also had to overcome a sense of fatigue with his government.

Trudeau, accompanied by his wife and three children, voted in Montreal on Monday after a marathon sprint campaigning across the country in the past four days. 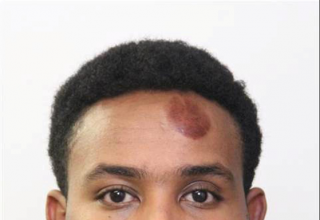