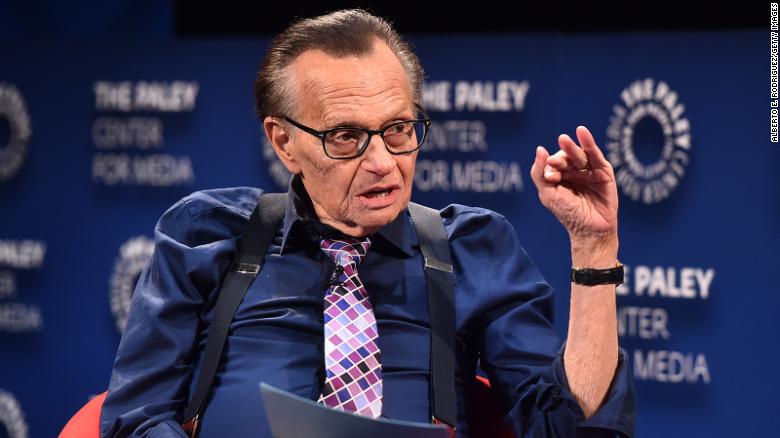 <> at The Paley Center for Media on August 1, 2018 in Beverly Hills, California.

Larry King, the longtime CNN host who became an icon through his interviews with countless newsmakers and his sartorial sensibilities, has died. He was 87.

King is best known for his TV interview show Larry King Live, which aired on CNN for more than 25 years. On his long-running program, King interviewed numerous celebrities, athletes, movie stars, politicians and business icons, as well as nonfamous folks. King retired from hosting his TV show in 2010.
King had been hospitalized with Covid-19 in late December at Cedars-Sinai, a source close to the family said at the time.
He battled a number of health problems over the years, suffering several heart attacks. In 1987, he underwent quintuple bypass surgery, inspiring him to establish the Larry King Cardiac Foundation to provide assistance to those without insurance.
More recently, King revealed in 2017 that he had been diagnosed with lung cancer and successfully underwent surgery to treat it. He also underwent a procedure in 2019 to address angina.
Load More Related Articles
Load More By News Desk
Load More In World
Click To Comment