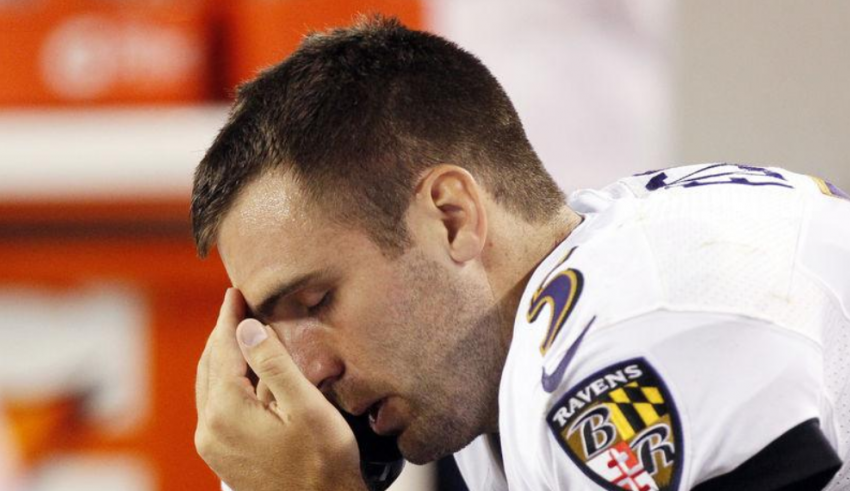 Baltimore Ravens quarterback Joe Flacco talks on the phone on the sidelines in the fourth quarter of their NFL football game against the Denver Broncos in Denver September 5, 2013

Flacco, 34, was the MVP of Super Bowl XLVII in 2013 and was the Ravens’ starter since 2008 until a hip injury in 2018 sent Flacco to the sidelines after Week 9. Rookie first-round pick Lamar Jackson took over for Flacco and didn’t relinquish the starting role.

Teams are prohibited from commenting on the trade or the terms until it is officially processed when the new NFL league year begins March 13. Ian Rapoport of the NFL Network reported that Denver will send a mid-round draft pick to the Ravens.

Baltimore went 4-5 with Flacco as the starter last season. Jackson led the Ravens to a 6-1 record and the AFC North title.

Hip and back injuries were concerns for Flacco in recent seasons.

In March 2016, he signed a three-year, $66.4 million contract extension that runs through the 2021 season. That will need to be re-worked, according to Rapoport. The Ravens must carry Flacco’s $26.5 million cap hit until June 1, per the NFL Network.

Case Keenum started all 16 games last season in his first year in Denver, which went 6-10.

OTTAWA (Reuters) – The Bank of Canada held interest rates steady on Wednesday, as …