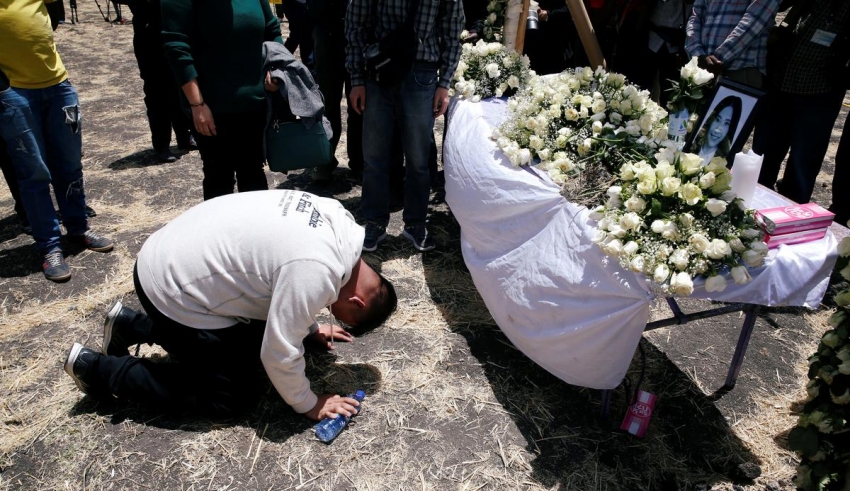 The Ethiopian Airlines pilot whose jet crashed killing 157 people had reported internal control problems, the firm said on Wednesday, as it prepared to send the black boxes to Europe from a disaster that has rocked the global aviation industry.

The still unexplained crash, which happened just after take-off from Addis Ababa, followed another involving a Boeing 737 MAX in Indonesia five months ago that killed 189 people.

Laying bunches of white roses at makeshift shrines on the still-churned soil, they sought to comfort each other, hugging and sinking to their knees.

Only charred fragments of victims remain, meaning it will take weeks to identify all of them using dental or DNA testing.

The passengers came from more than 30 nations.

One elderly couple collapsed into each other’s arms after strewing flowers in front of a picture of a smiling young woman, while a family propped each other up, tears coursing down their faces. Another shrine showed images of a young couple embracing.

Ethiopia Airlines spokesman Asrat Begashaw said it was still unclear what had happened on Sunday, but its pilot had reported control issues – as opposed to external factors such as birds.