Donald Trump has finally earned the first major legislative victory of his presidency.

It may hurt him more than help.

Politically, that is. Because it’ll help him financially.

On Wednesday, the Republican-controlled U.S. Congress approved their sprawling tax bill. It’s complicated, but it boils down to this: a steep tax cut for corporations and the wealthy, substantially smaller cuts for middle-income and low-income people, and a real possibility that average people will actually face a tax increase in 10 years.

The bill, a $1.5 trillion tax cut in all, can fairly be described as both the fulfillment of Trump’s campaign promises and a betrayal of those promises.

Trump described the bill Wednesday as “an incredible Christmas gift for hardworking Americans.” As of today, however, most Americans see it as a gift to himself and people like himself.

Democrats, however, were not only incensed by the substance of the bill — they called it a “scam” and a “heist” perpetrated by Republican lawmakers on behalf of themselves and their donors — but gleeful about its political consequences. They said this Republicans’ “success” would make the 2018 mid-terms worse for Republicans, not better.

The bill leaves Democrats with an embarrassment of attack-ad riches. For example, it leaves in place a loophole that benefits hedge-fund titans while eliminating or reducing breaks beloved by average homeowners. 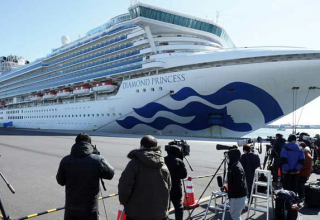